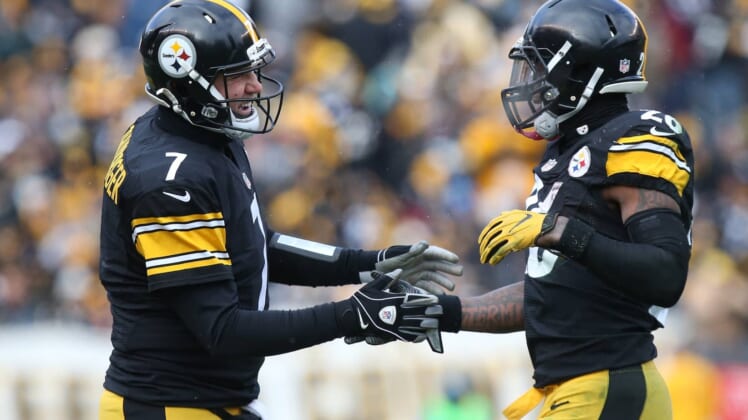 As the Pittsburgh Steelers await the arrival of Le’Veon Bell, Ben Roethlisberger is trying to ensure there isn’t confidence lost in the team.

Aditi Kinkhabwala of NFL Media notes the quarterback praised Bell’s talent but said the Steelers can survive without the running back.

Ben Roethlisberger calls Le’Veon Bell “one of the best in the business” and says of course he’d like him on field. But also says: “one person doesn’t make or break” this team, and that in his mind, the O linemen “are more important than any one skill position, myself included.”

To some degree, he’s correct. The Steelers still have a competent offensive line, plus Roethlisberger and a terrific receiving corps led by Antonio Brown.

Pittsburgh wouldn’t be a trainwreck without Bell.

But, as Roethlisberger acknowledged, the 26-year-old is among the top players at his position. While the true value of running backs has become a popular study, Bell certainly is far more dynamic than second-stringer James Conner.

The Steelers can navigate Week 1 sans Bell if he doesn’t report to the team, but it’s undoubtedly preferable to have an All-Pro talent available.