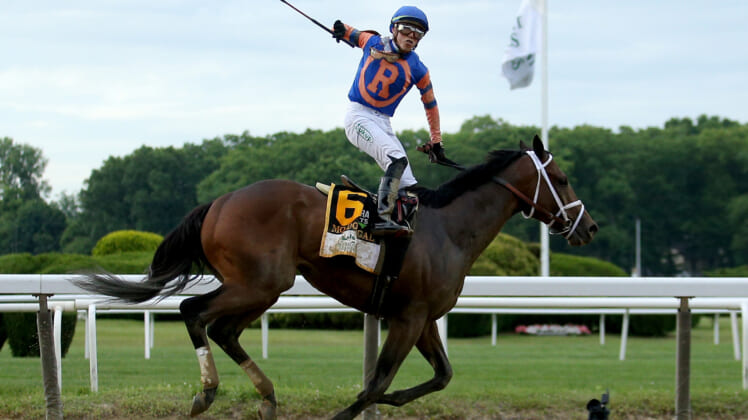 The 2022 Belmont Stakes horses featured eight of the best three-year-olds on the planet, including Kentucky Derby winner Rich Strike. And those thoroughbreds generated a whole bunch of bets from folks looking to score big on picking this year’s winner.

Before you plunk down your hard-earned money on a filly or colt in next June’s race, find out who were the horses in the 2022 event, the odds on favorites, and who won the mile and a half race in Elmont, New York on June 11, 2022.

Related: 2022 Belmont Stakes FAQ – All you need to know before watching this year’s race

The horses in the 154th running of the Belmont Stakes featured participants from this year’s Kentucky Derby and Preakness Stakes. Several of the notable names competing at the Belmont Race Track on June 11 include Derby winner Rich Strike, Mo Donegal, and race favorite We The People. Let’s take a look at the top horse in the 2022 race.

We The People is a bay colt trained by Rodolphe Brisset. Since beginning his career in February of this year, People has been active and was the victor in three of his four races. His lone loss came to Derby participant Cyberknife. In the end, he finished fourth in the race.

Nest is a thoroughbred trained by Todd A. Pletcher and has lineage to 1977 Triple Crown winner Seattle Slew. The three-year-old has not competed in the first two legs of the Triple Crown, however, the horse was very active before the race. Competing in six races and winning in four, including Suncoast Stakes and Ashland G-1. At the Stakes he finished in second place and surpassed expectations.

The Eric R. Reed-trained horse Rich Strike stunned the sports world on May 7 by winning the derby. The 80-1 underdog made history when he stormed to the finish and snatched victory from race favorites Epicenter and Zandon. Owner Rick Dawson decided to bypass history at Pimlico by purposefully aiming to ready his horse to win at Belmont and take two of the three legs of the Triple Crown. In the end that strategy did not work and Strike finished sixth. 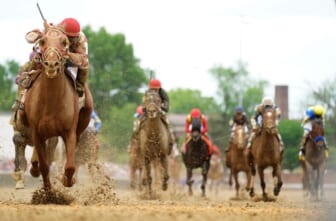 Also Read:
Belmont favorite We the People draws No. 1 position

Creative Minister is trained by Kenneth G. McPeek, a man that has a Preakness and Belmont win on his record. Minister was busy in the lead-up to the race, finishing third in the Preakness and winning a contest on the Kentucky Derby undercard. Despite being a popular pick he finished fifth among the eight horses.

Skippylongstocking is owned by Daniel Alonso and has won just two races in 10 starts spread over 2021 and 2022. It’s no surprise then that, along with Golden Glider, he was the biggest underdog heading into the race. However, he did far better than oddsmakers expected and ended the race in third place and got his owner some money.

Ahead of the 2022 race We The People and eventual winner Mo Donegal were the picks from oddsmakers. Below you can find the full odds for the contest’s eight horses and their pole positions. 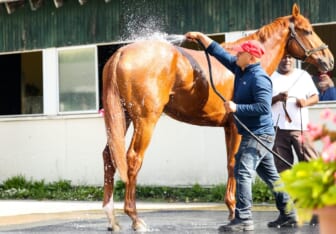 Mo Donegal entered the race with 5-2 odds and showed why the horse was a top contender on race day. The three-year-old owned by New York native Mike Repole, and trained by Todd A. Pletcher, jumped to the front of the pack in the final third of the contest and held on to the spot all the way to the finish line. Despite a fifth-place finish at the Kentucky Derby, Mo Donegal delivered on his promise in Elmont by winning this year’s Belmont Stakes.