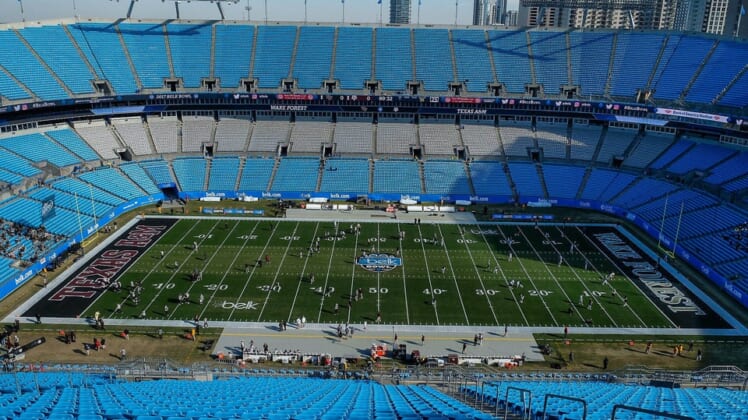 Back in early December when the South Carolina Gamecocks were announced as one of the two teams set to play in the Belk Bowl this year, excitement began to percolate.

We're not supposed to say this. But…we definitely have a favorite player.

It’s only natural, of course.

The excitement reached a crescendo on Saturday, as Belk actually made a tackle during the Belk Bowl. The bowl game’s social media department already had a special message in place, just waiting for the magical moment to arrive.

At this point, we’re just eagerly awaiting Belk making a game-changing play so that he can be crowned the all-time Belk Bowl MVP.