Bears’ LB Roquan Smith out for season with torn pec 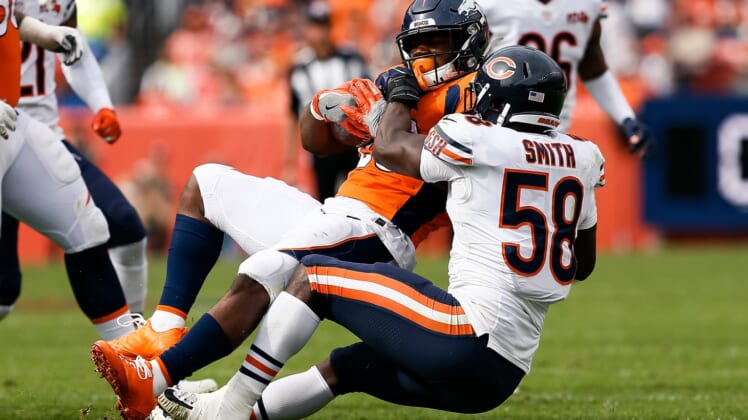 While the Chicago Bears came out of Thursday Night Football with a statement victory over the Dallas Cowboys, it came at a substantial cost. Linebacker Roquan Smith suffered a torn pec and will miss the remainder of the season.

Chicago’s head coach Matt Nagy confirmed the news to reporters on Monday and indicated that the star linebacker would undergo surgery and be placed on injured reserve.

The 22-year-old has been a playmaker on Chicago’s defense this season. He racked up 66 solo tackles, five tackles for loss, two sacks and an interception in 12 games this season.

It’s a blow for a defense that could see defensive tackle Akiem Hicks, one of the NFL’s best run-stuffing tackles, return from injured reserve in Week 15. Now set to face the 10-3 Green Bay Packers, the Bears’ slim playoff hopes depend on it pulling off the upset next Sunday.