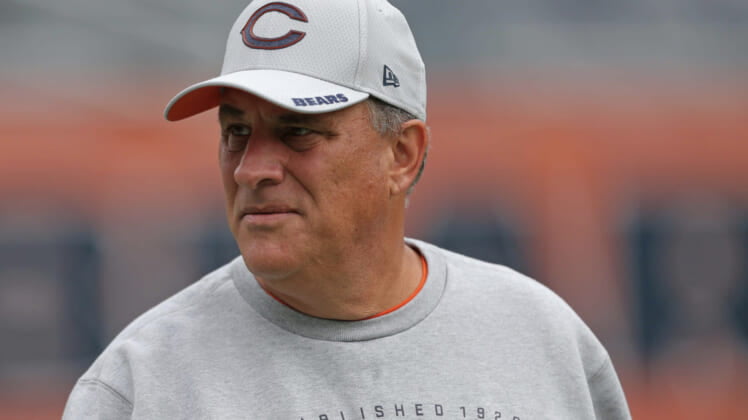 The Chicago Bears have had one of the NFL’s top defenses in 2018. People within the organization feel that coordinator Vic Fangio will depart for a head coaching job in 2019.

In a mailbag, Jay Glazer of The Athletic was asked if he feels that Fangio will be a head coach next year. He responded that “I know the Bears are fearful that Vic Fangio could get a shot (as head coach).”

There are two things that could prevent Fangio from getting hired.

One is that he’s 60. Recent trends have shown that teams seem to be looking for younger coaches.

The other problem with Fangio is that he’s a defensive coach. While there are exceptions, recent head coaching hires have trended towards offensive minds. With the game becoming more offensive, that trend will likely become more prominent.

But Fangio has a long history of success and getting the most out of what’s in front of him. We could see some teams shying away from Fangio. But given the success of the Bears, we’d say it’s far more likely than not that Fangio will get one of the many head coaching jobs that will likely be available.