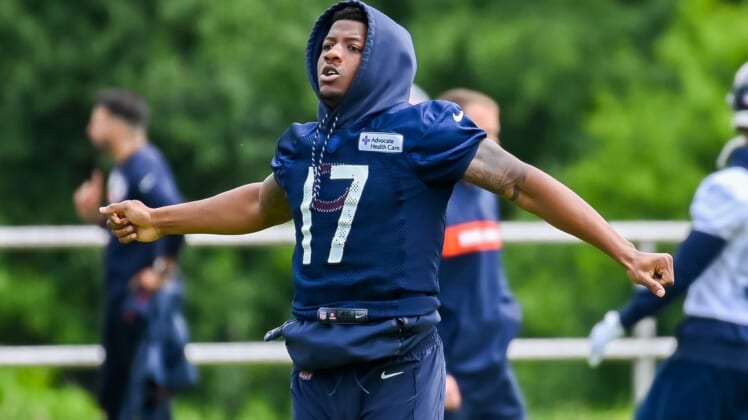 Things were not going swimmingly for the Chicago Bears and wide receiver Anthony Miller on offense in their NFC Wildcard Playoff game against the New Orleans Saints on Sunday.

Chicago scored exactly three first-half points and just couldn’t get anything going against a Saints defense that had picked it up big time late in the regular season.

Down 7-3 early in the third quarter, Anthony Miller saw his frustration boil over. The talented slot receiver got into it with boisterous Saints defensive back Chauncey Gardner-Johnson. The end result was not good for a Bears team that needs all the help it can get on offense as major underdogs in this game.

We’re sure that Gardner-Johnson said something to Anthony Miller. After all, he does have a reputation. Even then, you must keep your cool in a situation like this. It came on a third-and-15 with Chicago inside New Orleans side of the field.

However obvious this call might have been, the Bears were also victimized by some horrendous officiating earlier in the game.

As for Anthony Miller, losing one of your top pass-catchers with nearly a half remaining in an NFL Playoff game can’t be seen as a good thing. A second-round pick out of Memphis back in 2018, Miller caught 49 passes for 485 yards during the regular season.

With Mitchell Trubisky struggling to do anything of substance in what could be his final game as a member of the Bears, someone will have to step up now that Miller has been ejected. Allen Robinson, anyone?