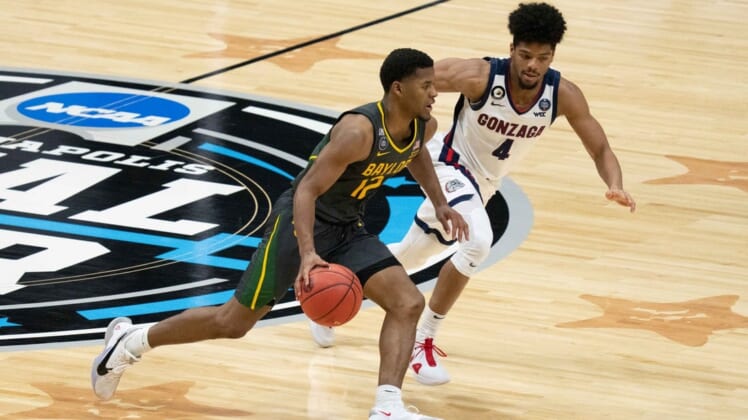 Baylor and Gonzaga, which played in the 2021 NCAA men’s national title game, will square off Dec. 2 at the Sanford Pentagon in Sioux Falls, S.D., the programs announced Tuesday.

Baylor won the 2021 national championship by beating No. 1 overall seed Gonzaga 86-70, the Bulldogs’ only loss that season after starting 31-0. They are the only two teams to achieve a No. 1 ranking in the AP poll in each of the past three seasons.

It is not the five-sided basketball venue’s first foray into hosting college games. Sanford has hosted 38 Division I men’s games since opening 2013, along with 16 Division I women’s games.

Gonzaga beat Iowa 99-88 at Sanford in 2020 in what was a matchup of top-three teams in the country at the time.

“We’re excited to play such a talented opponent in a great venue,” Gonzaga coach Mark Few said in a news release. “We have tremendous respect for Coach (Scott) Drew and his program. A game like this showcases college basketball and we thank Lea Miller-Tooley and the Sanford Pentagon for helping put it together.”

“I’m really excited for this early-season matchup against one of the sport’s premier teams,” Drew said in a statement. “Baylor Basketball has so much respect for Coach Few and the entire Gonzaga program, and we share the same scheduling philosophy about testing ourselves early in the season.”

Gonzaga is 5-1 against Baylor all time, with the Bears’ only victory coming in their national championship meeting.