At a time when attendance across baseball is in a steep decline, everyone around the sport wants solutions. Quite often, the finger is pointed at a lack of scoring and limited entertainment for fans.

According to Baseball Reference, the league-wide batting average in 2018 is .245.  It would be the first time since 1972 the league hit sub.-250 in a season. Additionally, MLB’s 4.35 runs per game is down from last season.

Those numbers are concerning for fans who love to see a lot of runs on the scoreboard. It’s a big reason why there are calls for the league to limit shifts in baseball or ban them altogether. People in support of outlawing the shift want the game to go back to how it used to be played.

It’s an interesting request. A closer look at the numbers shows things aren’t all that different across the history of baseball. Yes, runs are down by 0.3 runs per game from last season and gone are the days when MLB averaged five-plus runs per game.

Yet from 1963-1976, MLB’s average runs per game consistently sat sub-4.4 each season. In fact, from 1954-1993, the highest average runs per game in any season across baseball was 4.72, During that stretch, there were only three seasons in which MLB experienced an average of 4.5-plus runs.

Perhaps those are the days baseball fans miss. Though, it’s worth noting that the time period mentioned is heavily tied to game’s “Steroid Era”. According to ESPN, MLB didn’t start testing for performance-enhancing drugs until 2003. As for the Mitchell Report, an independent investigation reported to the league about illegal use of PEDs, that didn’t come out until December 2007.

Coincidentally, the league-wide runs per game started dropping just a few short years later. In fact, 2017 was the first time the average runs per game rose above 4.5 since 2007.

Perhaps baseball fans miss singles and teams playing small ball. After all, Kansas City Royals manager Ned Yost came out earlier this year and said the increase of the shift is a big reason why scoring is down.

“It’s a product of the shift in my mind, more than anything else,” Yost said, via The Kansas City Star.“It’s harder to hit singles. You either go the other way or find a crease, which is increasingly more difficult than it’s ever been.

As detailed by Jeff Passan of Yahoo! Sports, singles are certainly down across the league. For the second consecutive season, the percentage of hits being singles will be sub-64 percent. At the start of the weekend, the percentage of singles accounting for hits is 63.71 percent.

Naturally, this is something Yost feels needs to be addressed. While he doesn’t have the answer for how to do it, he said he would be for banning the shift.

“I don’t know they would ever do it but if they came to me and say would you like to outlaw the shifts,” Yost said, via The Kansas City Star. “I would say yes.”

Of course, this also means that extra-base hits are on the rise. This should come as no surprise given baseball set a record for home runs last season with 6,105 and is on pace for another 6,000-plus homer season. 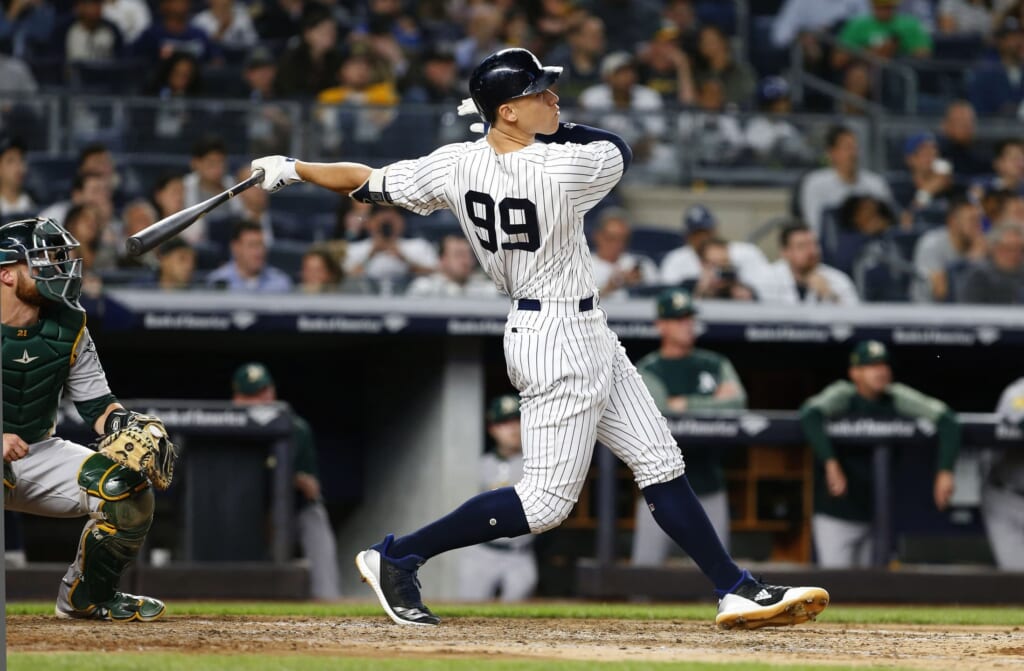 So people want to see scoring to the levels we saw in the previous decade. But baseball fans also love home runs and the league loves the long ball as well. It’s why we all rave about the likes of Aaron Judge, Giancarlo Stanton and Bryce Harper. It’s also why the league has a Home Run Derby and teams pay millions for players who can hit 40-plus bombs.

Young players noticed what fans wanted and owners noticed too. There is a great deal of money to be made as a power hitter and even more opportunities for profiting off of players like Judge and Stanton.

Baseball is a game of change, adaptation and growth. As athletes across the world get better, we also see more pitchers who can throw heat, have great movement on their pitches and can make hitters miss when they trying to swing up to lift the ball out of the park.

Shifting isn’t the problem in baseball. This is a business far more than a sport and everyone involved in the game is finding every avenue they can to maximize the money they take home.

Eliminating the shift in baseball would be like telling NFL coaches that they can’t stack eight defenders in the box or use the zone read on offense. In both cases, these coaches are just trying to find an advantage of the game and execute on an opponent’s weakness.

No one would ask Wade Phillips not to stack the box against LeSean McCoy and force Josh Allen to beat his defense. So why should MLB need to step in and prevent A.J. Hinch from putting on a shift against Mike Moustakas?

Baseball does have a problem that is influencing the drop in attendance. In short, the sport just isn’t remotely as popular as it used to be. America’s Pastime was surpassed by the NBA and NFL.

In part, that’s because the NBA and NFL is far superior at marketing itself and its players. Both leagues have numerous superstars they market regularly and they both welcome celebrations by athletes. Whether fans hate it or love it, an emotional release is a part of these games.

Eliminating the shift to bring more singles into baseball isn’t going to suddenly bring an influx of fans. The money for everyone involved comes from home runs. As a result, hitters will focus on their launch angle to hit baseballs out of the park. If it comes at the cost of more strikeouts, the cost is more than worth the reward. 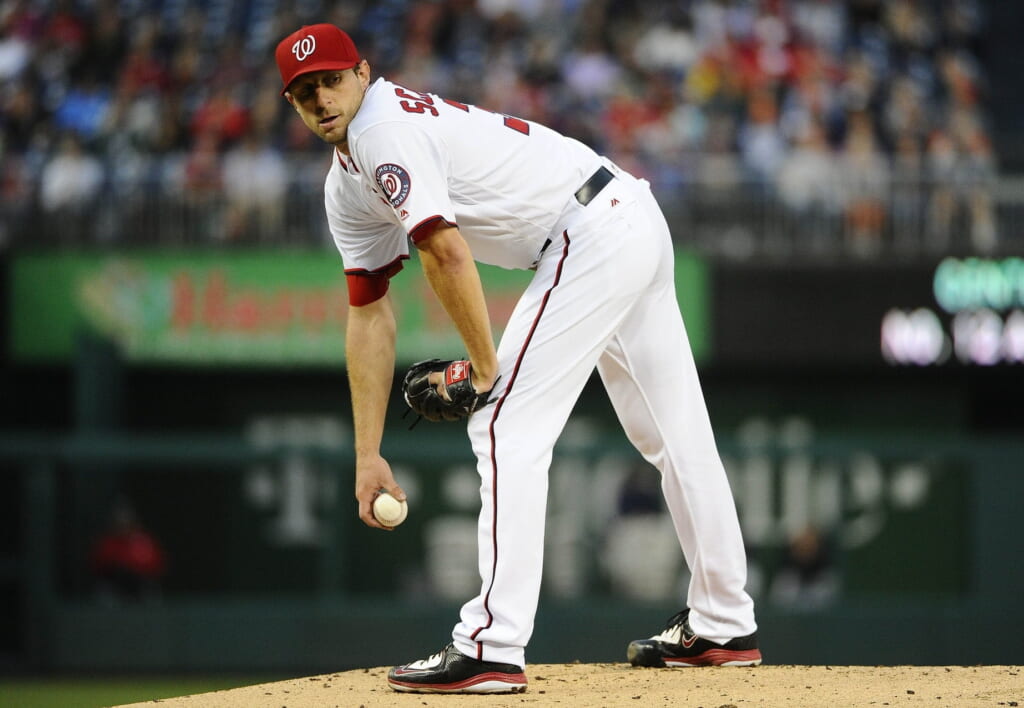 As pitchers continue to get better, strikeouts will rise given the recent approach by hitters. Batters are welcome to attack the shift by going the opposite way or bunting, but they are focused on the results that make them the most money.

If MLB banned or reduced the shift, it would only hurt teams ability to make strategic moves to put themselves in the best position to win. That should never be taken away in any sport.