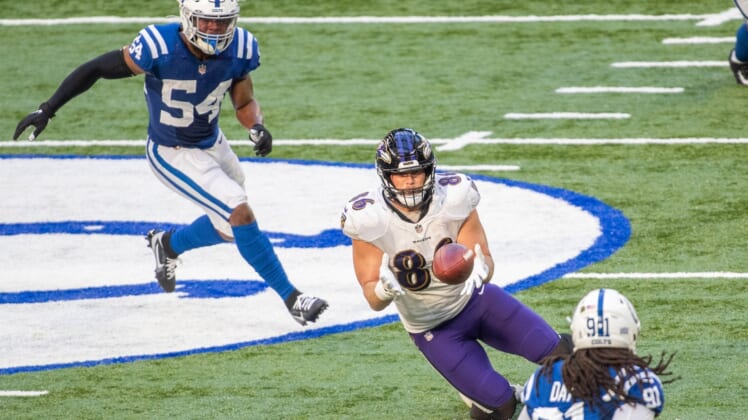 Baltimore Ravens tight end Nick Boyle agreed to a two-year contract extension on Friday that will keep him with the team through the 2023 season.

Financial terms were not disclosed by the team, but NFL Network reported it is worth a total of $13 million, with $10.5 million fully guaranteed upon signing.

His existing three-year, $18 million contract was due to expire after the 2021 season.

Boyle sustained a season-ending knee injury during the Ravens’ 23-17 loss to the New England Patriots on Nov. 15. He is expected to return in time for training camp next season.

Boyle, 27, recorded career-high totals in catches (31) and receiving yards (321) in 2019 before finishing with 14 catches for 113 yards in nine games in 2020. He had two touchdown grabs in both campaigns for Baltimore, which relies heavily on fellow tight end Mark Andrews in the passing game.

Boyle has 120 receptions for 1,047 yards with four touchdowns in 73 career games since being selected by Baltimore in the fifth round of the 2015 NFL Draft.