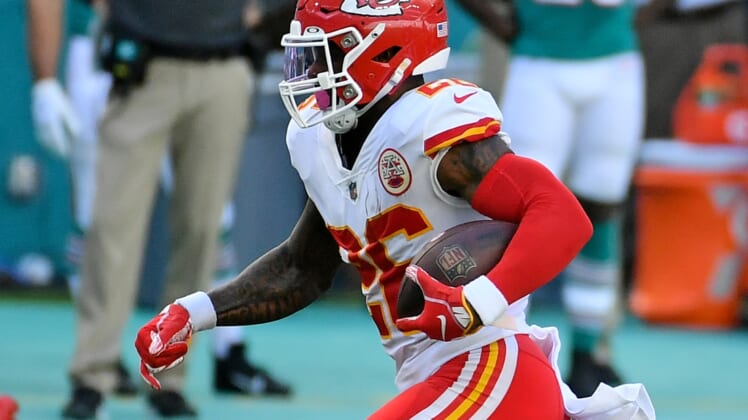 The Baltimore Ravens promoted running back Le’Veon Bell from the practice squad to the active roster on Saturday.

Bell, 29, joins fellow former Pro Bowl running backs Latavius Murray and Devonta Freeman in the backfield for the Ravens (2-1), who will visit the Denver Broncos on Sunday. Ty’Son Williams also is part of the backfield.

Bell was signed to the practice squad on Sept. 7. He last played with the Kansas City Chiefs in their 22-17 victory over the Cleveland Browns in the AFC divisional round on Jan. 17.

Bell was a two-time All-Pro with the Steelers before he forced his way out of Pittsburgh by holding out for the entire 2018 season. He signed with the New York Jets as a free agent, but was cut last October after 1 1/2 seasons with the team.

Bell then signed with the Kansas City Chiefs and ran for 254 yards and two touchdowns over nine games in the regular season.

Bell has rushed for 6,453 yards and 40 touchdowns in 88 career games. He also has 3,259 receiving yards and eight touchdown catches.