Award winners from MLB first half

With the All-Star break upon us, we can sit back and really take a look at the first half of the MLB season.

The standings tell us which teams have been the best, but what about the individual award winners? If the season ended today, who would bring home the hardware?

That’s always a more complicated question. Obviously, there are a lot of great players out there, but each award can only have one winner. So, at the unofficial halfway point of the MLB season, who are the leaders for MLB’s top prizes?

Jose Altuve leads the American League in both hits and batting average. Otherwise, he doesn’t lead the league in any categories. But no players have combined everything as well as Altuve has this year.

Jose Altuve has been hot at the plate this year for the #Astros and knows what to do once he's on base. pic.twitter.com/y3pkt6jRtB

Mix that in with 14 home runs and only 37 strikeouts and we’re looking at a dominant statistical player.

The only other player who can come close to matching Altuve is Mike Trout. Unfortunately, the Los Angeles Angels are one of baseball’s worst teams. Generally speaking, players on bad teams get completely neglected in MVP talks. It may not be entirely fair, but it’s the way of the world.

After a terrible start, the Astros are in playoff contention. Were it not for Altuve, Houston would not be anywhere near a playoff spot.

That’s enough to make Jose Altuve your MVP of MLB’s first half. 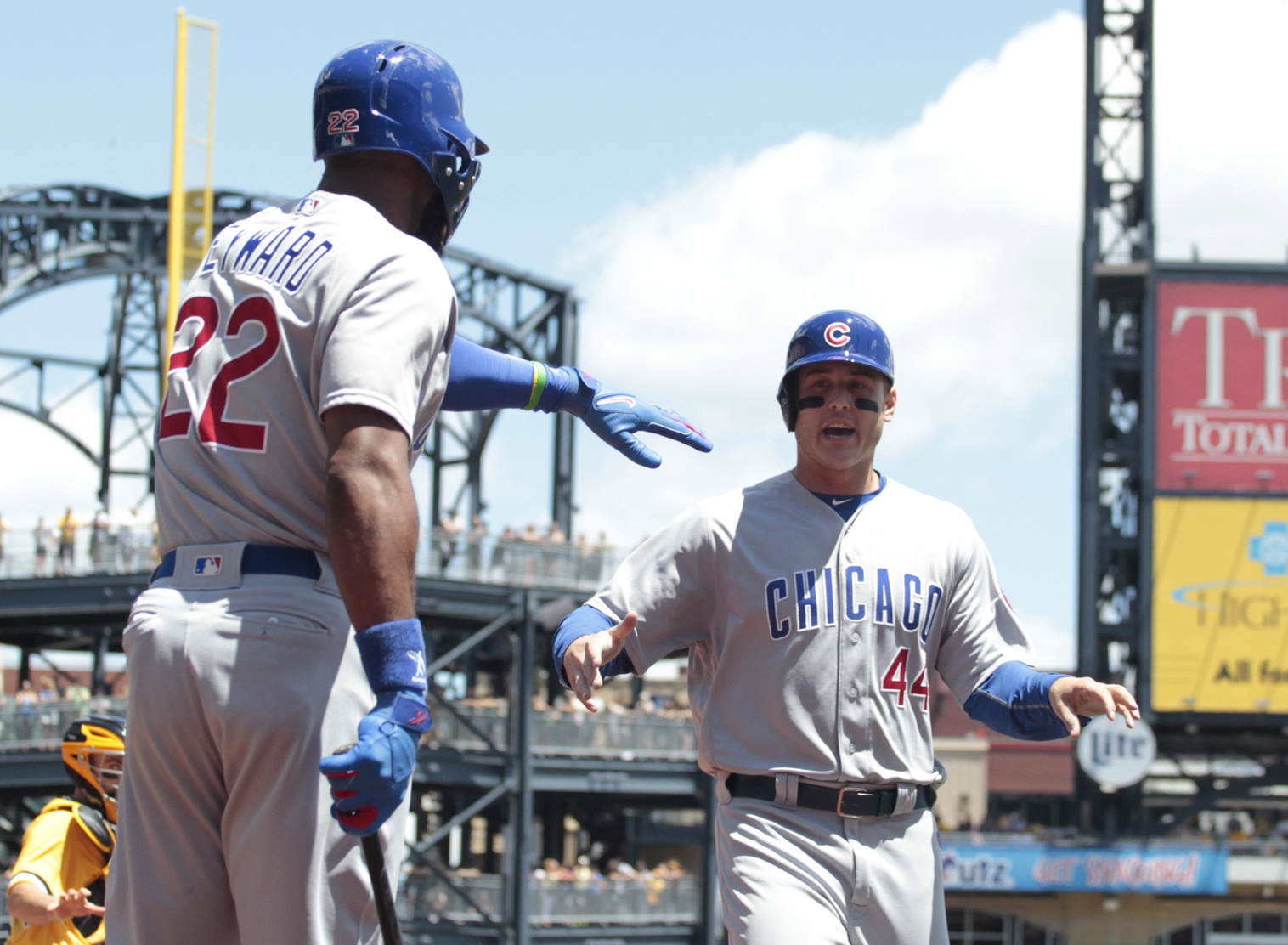 Much like Altuve, the National League has better players when you’re talking about individual stats, but nobody quite combines all of them like Rizzo.

Seven National League players have at least as many home runs as Rizzo, who has 21. But Rizzo is also second in batting average, first in OBP (by a wide margin), and first in slugging. So, while other players are putting the ball over the fence at a better rate, no National League player has done as much damage at the plate as Rizzo in 2016.

While the Cubs finished the first half on a rough note, they have still been baseball’s best team for most of it. As things stand now, Chicago still boasts MLB’s second-best record. The Cubs of course have a lot of talent, but nobody has impacted that team in quite as many ways as Rizzo.

It’s a crowded field, so he’ll need a strong second half to sustain the MVP pace. But at the All-Star break, Rizzo is the National League MVP.

A rather unimpressive 5-3 win-loss record tells one story about Estrada. The rest of his numbers tell a very different one.

No American League pitcher has put it all together as well as Marco Estrada #BlueJays pic.twitter.com/fk4tRlqMBQ

When it comes to the variables that pitchers can control, nobody has the all-around numbers that Estrada has. A few pitchers have a better ERA, but they don’t have the dominant WHIP. Obviously, a few more have more strikeouts, but none of those pitchers prevent runs or runners at the same rate.

He doesn’t have the big-name recognition of David Price, Chris Sale or Felix Hernandez. But no pitcher in the American League has been as good as Estrada throughout 2016. 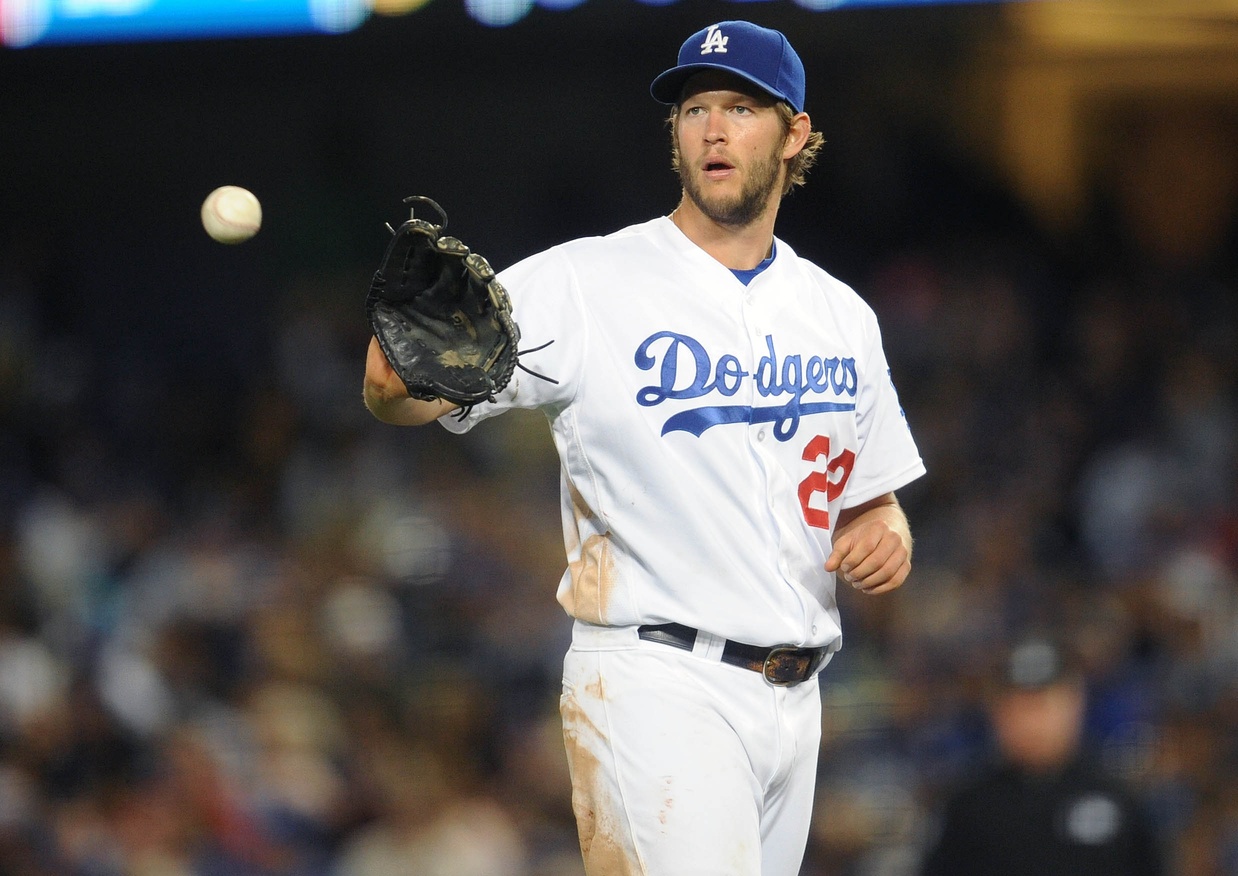 We’ve arrived at an easy call. With all due respect to the seasons that guys like Madison Bumgarner, Johnny Cueto, Jose Fernandez, Stephen Strasburg and Noah Syndergaard are having, Kershaw is easily the National League’s Cy Young Award winner.

We can focus on Kershaw’s 1.79 ERA, which leads both leagues. The same can be said for his 0.73 WHIP, which borders on the absurd.

But no stat shows Kershaw’s overall dominance better than his 145-to-9 strikeout-to-walk ratio. Superstar video gamers can’t quite match that.

Really, there’s not much more to say. If not for his recent injury, Kershaw would likely be a strong MVP candidate. Still, even in a crowded field of star National League pitchers, Kershaw’s first half makes this a slam dunk.

Fulmer has only 76.2 innings pitched, which isn’t enough to qualify for the ERA crown. If it was, his 2.11 mark would lead the American League by a considerable margin.

In addition to the 2.11 ERA, this rookie has a 1.10 WHIP, a 8.5 strikeouts per nine innings rate and seven quality starts in 13 outings. That may not sound great but given the fact that rookies are usually on tight pitch counts, a better than 50 percent quality start rate is actually quite good.

Also, while wins aren’t a great measure of how well a pitcher is doing, Fullmer’s 9-2 mark puts him in rather select company.

If this keeps up, Fullmer will be an easy Rookie of the Year choice and a legitimate option for the American League Cy Young Award.

This is really a two-horse race between two shortstops — Corey Seager and Trevor Story. Story has the power edge, but the rest of Seager’s stat line is much better.

Story has had a great season, but Seager has been the National League’s best rookie.

The Orioles didn’t exactly enter the year with a lot of fanfare. If they were going to compete for a playoff spot, the American League East would have to be dismal.

Well, Baltimore is in first place, but the American League East has been strong. The Boston Red Sox and Blue Jays are both in playoff position. The New York Yankees haven’t been great, but they are .500.

Yes, his team has hit. Manny Machado is an MVP candidate. Chris Davis and Adam Jones are both stars. Mark Trumbo has exceeded overall expectations, but his power has always been immense.

But even with that power, this team should be struggling more. Baltimore’s starters have a 5.15 ERA. The only teams worse are the Cincinnati Reds and Minnesota Twins. Both of those squads are on a 100-loss pace.

Showalter has simply not relied on those starters. No team’s starting pitchers have thrown fewer innings. Instead, Baltimore’s manager has relied heavily on his bullpen, which has been one of the game’s best.

That’s a manager who plays to the strengths of his team, while avoiding the weaknesses. When a manager does that, his team has a chance to overachieve, which is what the Orioles have done.

Realistically, Baltimore’s starting pitching will need to improve. For now, Showalter has played the hand he’s been dealt to the tune of a first place team. 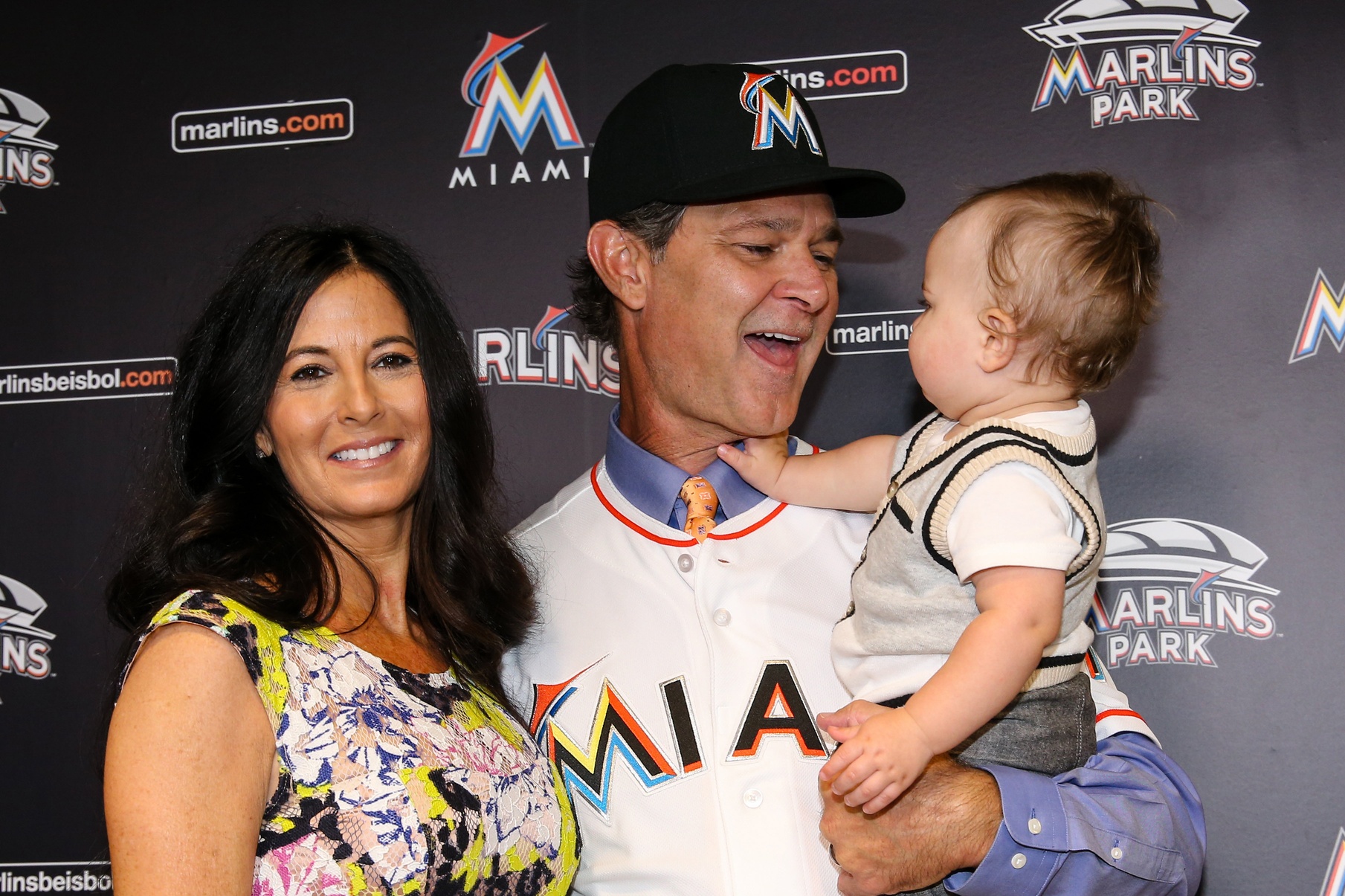 The Marlins haven’t made the playoffs since 2003, the longest drought in the National League. At the break, Miami is tied with the New York Mets for that second Wild Card spot.

It hasn’t been the performance of franchise player Giancarlo Stanton. Stanton did finish the first half on a strong note, bu het was overall quite inconsistent. His .233/.328/.495 slash stats are all well below his career-best pace.

It hasn’t been the performance of Dee Gordon, either. The reigning NL batting and stolen base champ is in the midst of an 80-game suspension and hasn’t played since April 28.

It also hasn’t been aided much by the team’s biggest offseason signing, Wei-Yin Chen. No, Miami’s $80 million man has been underwhelming in the first half, posting a 4.83 ERA.

Christian Yelich, Marcell Ozuna, Justin Bour and Jose Fernandez have all had great first halves, but they haven’t exactly carried the team. Don Mattingly has mixed and matched this group into contention, relying on unheralded players like Martin Prado, Derek Dietrich and J.T. Realmuto.

If a team can contend with its three highest-paid players under-performing, then the manager deserves a great deal of credit.