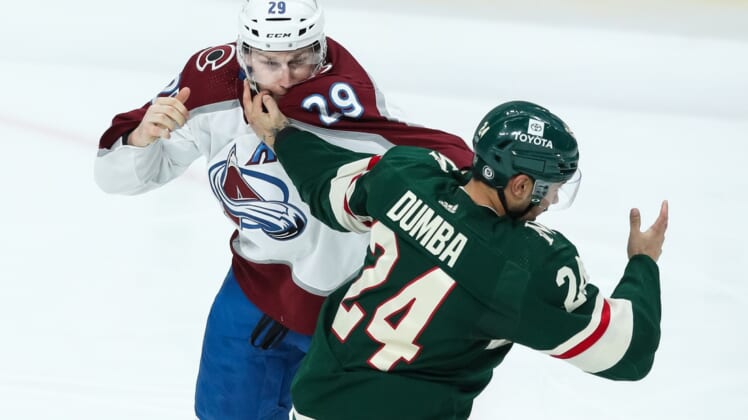 Colorado Avalanche star Nathan MacKinnon is back after sitting out one game with an upper-body injury.

Coach Jared Bednar confirmed during his radio show that the 26-year-old forward will be on the ice Thursday night when the Avs host the San Jose Sharks.

MacKinnon did not play in Tuesday’s 2-1 victory against the Calgary Flames.

He logged nearly 20 minutes of ice time in the Avalanche’s 3-2 overtime loss to the Minnesota Wild on Sunday. The Denver Post reported MacKinnon may have sustained a hand injury in his fight with Wild defenseman Matt Dumba during the third period.