Avalanche goalie Pavel Francouz to start in Game 3 vs. Oilers 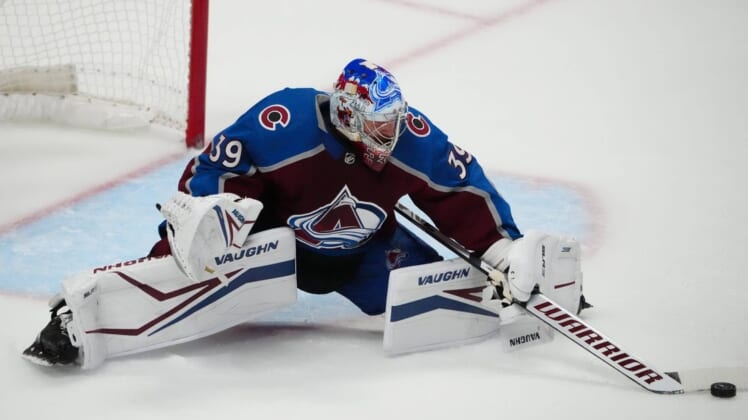 Colorado Avalanche goaltender Pavel Francouz will receive his second straight start against the host Edmonton Oilers on Saturday in Game 3 of the Western Conference finals.

Francouz, 32, will be making his third appearance in the series. He made 18 saves in relief of an injured Darcy Kuemper (upper body) in Colorado’s 8-6 win in Game 1 on Tuesday before turning aside all 24 shots he faced two nights later in a 4-0 victory.