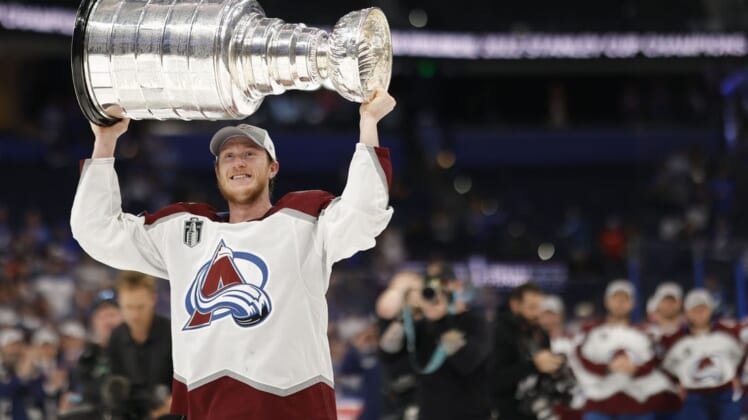 The Colorado Avalanche re-signed defenseman Josh Manson to a four-year contract through the 2025-26 season on Wednesday.

Financial terms were not disclosed by the team, however TSN reported Manson’s deal is worth $4.5 million per season.

Also on Wednesday, TSN reported the Avalanche are close to re-signing forward Darren Helm to a one-year, $1.25 million contract.

Manson, 30, recorded 16 points (six goals, 10 assists) in 67 games last season split between the Anaheim Ducks and Avalanche. He totaled seven points (two goals, five assists) in 22 games with the Avalanche after being acquired from the Ducks on March 14.

“Josh was a huge addition to our back end down the stretch and into the playoffs,” Avalanche general manager Chris MacFarland said in a news release. “He played big minutes on our second pairing throughout the postseason, providing a tough, steady presence in the defensive zone while also contributing on the offensive end with some key goals. Getting him under contract for the next four years helps further solidify our blue line.”