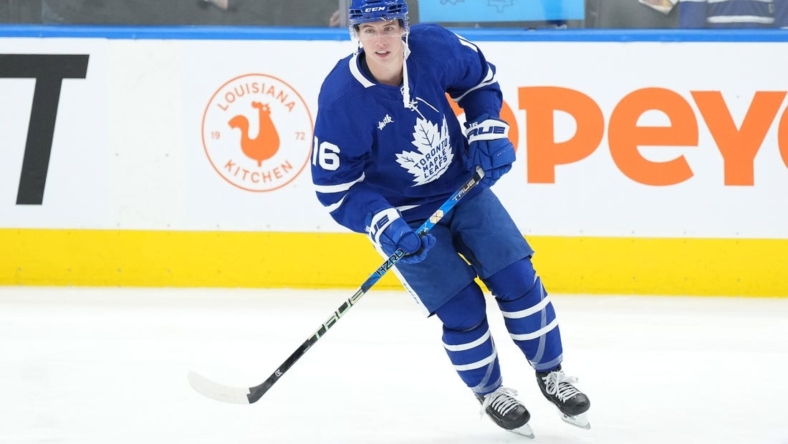 Matthews, who had 60 goals last season, and Marner, who had 35, have each scored just one goal through the Maple Leafs’ first seven games this season.

They will be facing a Sharks team that should be angry, according to coach David Quinn, after losing 4-2 at home to the Vegas Golden Knights on Tuesday.

“There better be some anger,” Quinn said, “because that was a winnable hockey game for us.”

The Sharks took a 2-1 into the third period and lost the game when they had problems with faceoff coverage.

“We’ve gone over it and we’re going to keep going over it until we get it right,” Quinn said. “It’s just being mentally ready on a faceoff. We’ve simplified it to the point where people have the same responsibilities, win or lose. It’s very simple and we blew coverage.”

The Maple Leafs also had their problems with the Golden Knights, losing 3-1 on Monday in the second of five straight road games.

The Golden Knights outplayed the Maple Leafs at the start of all three periods, scoring the winning goal early in the third.

“We just got beat by a team that was better than us (Monday) in all facets,” Maple Leafs coach Sheldon Keefe said. “(Unpreparedness to start a period) certainly was an issue (Monday) in all three periods. I share in that as well. My job is to prepare the team. Clearly, we were not as ready as the opponent was, so they jumped on top of us at the start of each period.”

Neither Marner nor Matthews made the scoresheet on Monday, although each hit a goal post.

“It’s frustrating for sure, but we’re getting the chances and I just need one to go in,” Matthews said. “You just relax a little bit and I think over the last two games we’ve been more definitely offensively in a rhythm and had a lot of really good looks.”

“We know it’s going to come and eventually they’re going to drop in,” Marner said. “It’s not happening right now, but we can’t get frustrated. And we’re not.”

Keefe isn’t worried about the talented duo, either.

The game against the Maple Leafs will be the second of six consecutive home games for the Sharks, who have lost seven of their first nine games.

“We shot ourselves in the foot again at home,” Quinn said. “We’ve got to be better and play 60 minutes. The mistakes cannot be of that magnitude if you’re going to have success in this league. We’ve got to learn some lessons here in a hurry.”