Austin FC out to exploit home advantages vs. Whitecaps 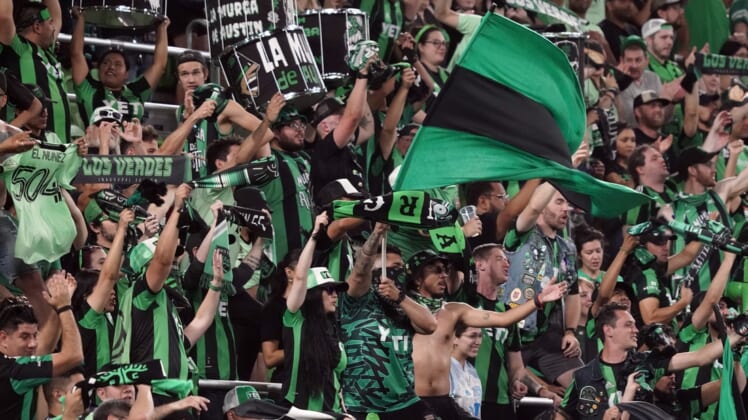 Austin FC will look to leverage one of MLS’s top home-field advantages in order to break through against the struggling Vancouver Whitecaps on Saturday in a Western Conference matchup.

Austin FC (4-1-2, 14 points) has won three of their four home games this season and tied the other, on par with Los Angeles FC, FC Dallas and the Philadelphia Union. The second-year team has captured seven of its past nine games at home (with one tie), scoring 21 goals and allowing six in that span.

But Austin FC’s likely signature win of the early season was produced on the road, a 3-2 victory over D.C. United last Saturday in which Austin roared from behind with three goals in the final 10 minutes and stoppage time.

Austin’s victory at Washington, D.C. snapped a 16-game winless streak on the road. The club hadn’t won away from home since May 1, 2021.

“It gives confidence to the idea that no matter what the situation is, the team can come together and persevere,” Austin coach Josh Wolff said. “When (the players) have to fight and struggle together, that’s when you really see who you are.”

The Whitecaps head to Austin after a 2-1 loss at Montreal last Saturday. Brian White scored in the 65th minute, his first goal of the season, to bring Vancouver to within one before a late goal to tie the game was ruled off after video review.

Vancouver (1-5-1, 4 points) is tied for the second-fewest goals in the league (six) and has put fewer shots on target than any other team (18). The Whitecaps are minus-8 in goal differential this season, the worst mark through seven games of a season in their MLS history.

“Everything goes back to ‘stick to the plan’ and play the basics,” Vancouver head coach Vanni Sartini said. “If we do what we are supposed to do on a basic level, then we can get confidence in doing more. The only way to win games is through a team effort, not with 11 different personal efforts.”

Vancouver has yet to earn a point on the road, with four away losses as the team has scored three goals and allowed 11. However, the Whitecaps won both meetings with Austin in 2021, each by a 2-1 score.