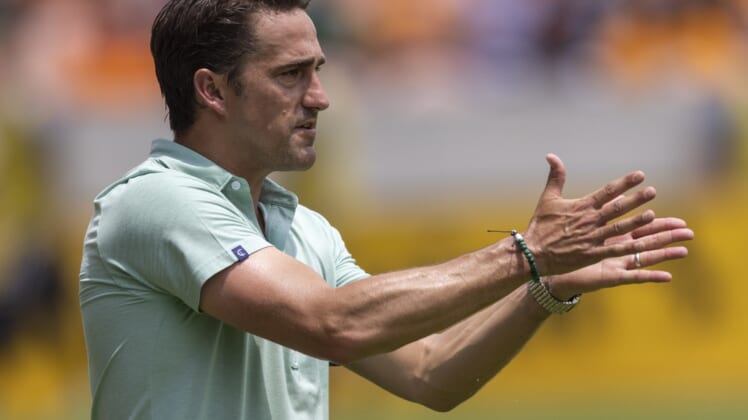 Austin FC signed head coach Josh Wolff to a three-year contract extension through the end of the 2025 season.

The deal was announced Friday with the second-year franchise sitting in second place in the Western Conference.

“On behalf of the Austin FC ownership group and our entire organization, we’re very pleased to announce Josh’s contract extension today,” Austin FC CEO and majority owner Anthony Precourt said in a release. “We are extremely fortunate to have such a highly respected and highly talented coach lead our coaching staff, and we’re both grateful and appreciative for all of the work he puts in to representing Austin in the best way possible.”

Wolff, 45, became Austin’s inaugural coach in November 2019 after working as an assistant with the U.S. men’s national team under Gregg Berhalter.

“Josh is a young and very talented coach who we trust to lead this club on the field moving forward,” Austin FC sporting director Claudio Reyna said in a release. “The style of play and work ethic he has implemented, and his mentorship of our players has created a really strong culture around our club and led to an incredible amount of growth in a short period of time. We’re thrilled to see what he’s capable of in the coming years. Our future is bright.”