The attorney for the 22 women accusing Texas quarterback Deshaun Watson of sexual misconduct said they won’t accept a financial settlement in exchange for dropping their lawsuits.

Attorney Tony Buzbee told FOX 26 in Houston in a phone interview Wednesday night that the women will let the cases play out. The cases are linked to massage sessions.

Buzbee said four of his clients have met with investigators for the NFL and even more have talked with the Houston Police Department. He praised law enforcement’s interaction with the women but criticized the league.

“Some of the women did not feel like they were being respected,” Buzbee told the station, adding, “Let’s be clear. Every time these women recount the situation, they have to relive it.” 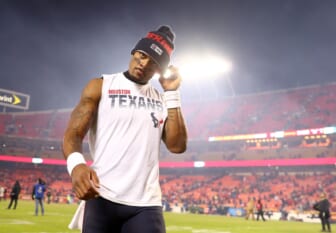 He said more women have indicated they will cooperate with the league investigation but he isn’t sure he will permit it.

Watson and his attorney, Rusty Hardin, have denied allegations that anything inappropriate occurred during the massage sessions. In a news conference on April 9, Hardin acknowledged that Watson had “consensual encounters” with women on some occasions.

“I’m not going into what it is, the nature, the numbers or with whom,” Hardin said. “The question always, that we have always been emphasizing: Never, at any time, under any circumstances … did this young man ever engage in anything that was not mutually desired by the other party.”

The league is taking the lead on the investigation into Watson’s alleged actions, with the Texans and new head coach David Culley in a wait-and-see mode regarding the status of their franchise quarterback as they plan for the 2021 season.

The franchise signed veteran Tyrod Taylor, an unrestricted free agent, on March 22. They also added Ryan Finley in a trade with the Cincinnati Bengals and selected Davis Mills of Stanford in the third round of the NFL draft last month.

General manager Nick Caserio said this week that with about four months before the start of the season, his team’s quarterback situation is the same as every other team’s.

“We’re all at the same point, essentially,” Caserio said Monday at the Houston Texans Charity Golf Classic, via team transcript. “We’re early in the offseason program. It’s a teaching time of year. So, the next phase will be Phase Two, so that will entail some other things. Again, we’ll take it one step at a time. We’re not going to put any unreasonable expectations on anybody. It’s kind of a waste of everybody’s time. It’s how do they improve? Can they make adjustments? What do they do one day? OK, can they stack multiple days together? Look, they’re going to have setbacks. You’re going to go out there, you’re going to have a bad play. OK, how do you respond to that? Can you make the adjustment? Do you understand why that happened? Those are the types of things right now that are really important.”

The offseason relationship between Watson, 25, and the team already was rocky before the first of the lawsuits was filed in March. 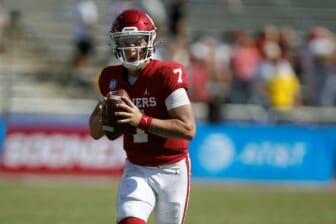