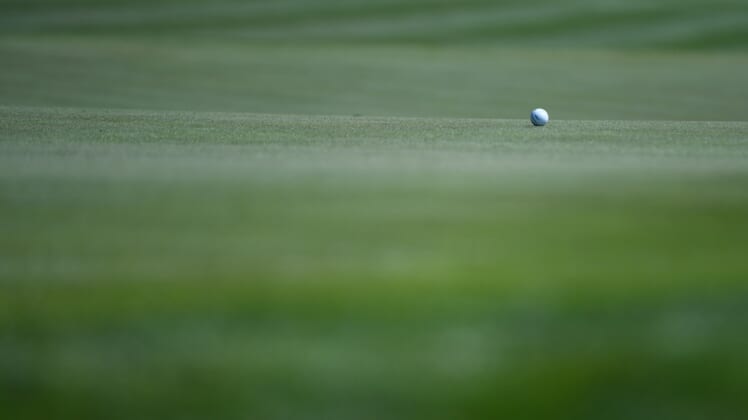 Thitikul fired an 8-under-par 64 in the final round to catch Madsen and force the playoff. It was the lowest round at Aviara Golf Club all week.

Madsen entered Sunday with a three-stroke lead but only managed a 2-under 70. Her birdie at the par-5 17th hole moved her into sole possession of the lead at 17 under, but she bogeyed the par-4 18th to fall back into a tie with Thitikul at 16 under.

They replayed No. 18 twice. After both parred the first time through, Madsen’s second shot on the second playoff hole found the water, leading her to a double bogey.

Thitikul tapped in a short bogey putt to win, becoming the youngest winner on tour since Canadian star Brooke Henderson won the 2016 Cambria Portland Classic as an 18-year-old.

“Anyone (who comes) here, they want to win,” Thitikul said. “I want to win as well, but didn’t expect (it would) come really fast, in my rookie year as well. It’s just crazy in my mind right now. I cannot believe that I became an LPGA winner.”

Thitikul’s round featured nine birdies and just one bogey. Five birdies came on the back nine, including at Nos. 16 and 17.

It was just the fifth start of Thitikul’s rookie season, though the youngster had previous success in Europe, winning Player of the Year honors on the Ladies European Tour last season.

Madsen earned her maiden win on tour at the Honda LPGA Thailand earlier this month and was vying for back-to-back titles.

“It wasn’t a very good playoff,” Madsen said. “Yeah, I played a good week and I’m happy with the game. I could have maybe have done a little better today, but it was what I could do.”

Na Rin An of South Korea carded a final-round 68 to finish 15 under, alone in third. Thailand’s Pajaree Anannarukarn, Canada’s Maude-Aimee Leblanc and world No. 1 Jin Young Ko of South Korea all shot 68 and tied for fourth at 14 under.