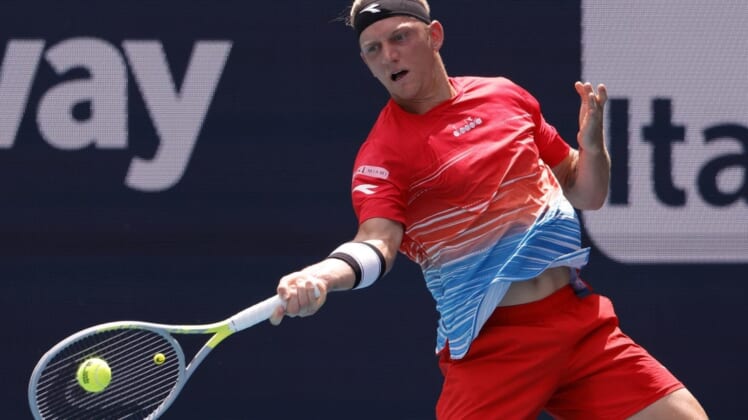 The 25th-ranked player in the world, van de Zandschulp encountered six double faults in the match in falling to world No. 35 Fokina, who moves into the Round of 16 to face Jozef Kovalik of Slovakia. Kovalik rallied to beat Max Hans Rehberg of Germany 3-6, 7-5, 6-1.

No. 7 seed Karen Khachanov of Russia fell behind before scrambling to victory, overcoming Jan-Lennard Struff of Germany in the day’s longest match (two hours, 16 minutes) 3-6, 6-3, 7-6 (2).

Eighth-seeded Joao Sousa of Portugal was bumped out by Switzerland’s Alexander Ritschard in straight sets 6-3, 6-3, on the first day of action in Gstaad.

In an all-Spanish duel fifth-seeded Pedro Martinez defeated Carlos Taberner 6-4, 6-3, to move into the quarterfinals. For Martinez, it marked his 10th victory over his countryman Taberner in 12 career matches.