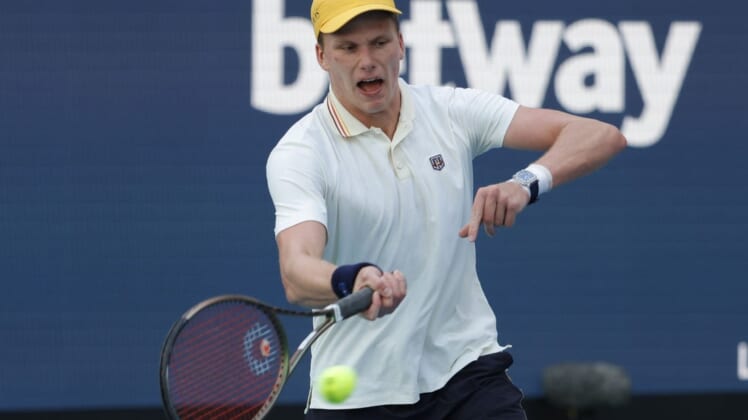 No. 5 seed Tommy Paul and No. 6 seed Jenson Brooksby were among the several Americans who won their respective first-round matches Tuesday at the Atlanta Open.

Ilya Ivashka of Belarus defeated France’s Quentin Halys 6-0, 3-6, 6-3 and will oppose Opelka in the next round. Three more matches were scheduled for Tuesday evening.

No. 5 seed Alex Molcan of Slovakia was a 6-2, 7-6 (2) winner over Croatian Duje Ajdukovic in first-round action in Umag, Croatia.

No. 8 seed Lorenzo Musetti, fresh off winning the Hamburg European Open title last week, joined Molcan in the second round. The Italian advanced with a 6-2, 3-6, 6-1 victory over Aljaz Bedene of Slovenia.

Dominic Thiem of Austria continued his comeback from a wrist injury by defeating Alexander Shevchenko of Russia 6-4, 6-2 in the first round in Kitzbuhel, Austria.

The former world No. 3 is playing the tournament in his native land on a protected ranking. He won 25 of 33 first-service points (75.8 percent).

Germany’s Yannick Hanfmann was ahead 6-4, 1-1 when his opponent, Gerald Melzer of Austria, retired.