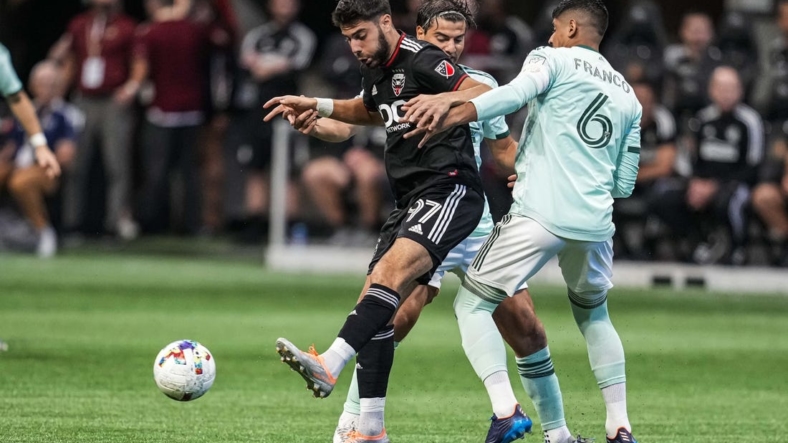 Purata’s decisive goal came in the 70th minute as Atlanta scored three goals on headers for the first time in the same game in club history.

Atlanta United (8-10-9, 33 points) snapped a three-game winless streak and bolstered their postseason hopes by moving three points from the playoff line in the Eastern Conference.

D.C. United’s goal in the 47th minute from Ravel Morrison ended a nearly 500-minute scoreless streak for the club. It was the team’s first goal in six August games.

After Atlanta United tied the game on Franco’s goal in the 49th minute, D.C. United pulled ahead in the 55th minute on a score from Ola Kamara. The scoring sequence began when Andy Najar passed the ball from the right wing to Chris Durkin, who whipped the ball into the box. Kamara’s header from there was his eighth goal of the season.

Atlanta United responded in the 62nd minute when Brooks Lennon crossed to ball in to Josef Martinez, who finished with his head. It was the seventh goal of the season for the former Golden Boot winner.

Lennon tallied his second assist of the day on the game-winning goal for Atlanta when he crossed in a ball from the left wing that found the head of Purata. It was the third goal of the season for the defender. Lennon has five assists.

D.C. United forward Taxi Fountas exited the game in the 29th minute and is in concussion protocol, according to the club.