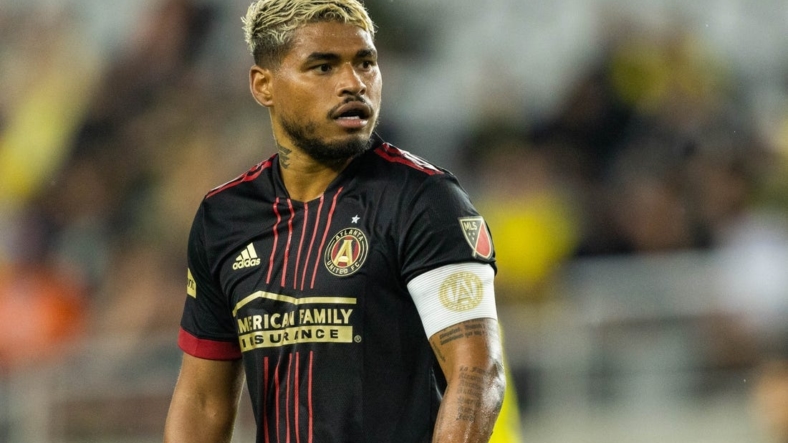 Atlanta (8-12-9, 33 points) is returning home after losing its second straight game, falling 2-1 at the Portland Timbers Sunday. Martinez came off the bench in the second half and scored in the 88th minute with a header on a corner kick, but there was no last-minute tying goal.

However, Atlanta announced Wednesday it was suspending Martinez for the game against Toronto for “conduct detrimental to the team.” The Athletic reported that Martinez caused a postgame incident in the locker room, including “flipping over a table full of chicken and rice” and getting into it with head coach Gonzalo Pineda.

“We were arguing, we were having a discussion,” Pineda said. “But we were always two to three yards away from each other. We did not have a physical altercation … This time we felt it was the right time to take action.”

Martinez is the team’s leading scorer, with eight goals and four assists, despite missing seven matches and only starting in 12. Atlanta hasn’t lost three games in a row since 2020, but it hopes to avoid repeating that dubious streak without their all-time leading scorer.

Ronaldo Cisneros, who has started 22 games, only trails Martinez by one goal but has played approximately 300 more minutes. Atlanta will look to Cisneros and Thiago Almada to produce at an even higher level on Saturday to keep pace in the playoff race.

Toronto (9-14-7, 34 points) is coming off a 4-3 loss against FC Montreal last Sunday. Toronto scored twice in the first seven minutes of the game, the shortest time the team has ever taken to score two goals in its history. However, it became the fourth team out of 27 to accomplish that feat and go on to lose.

“We have moments of good football, moments where we’re close to being a good team,” coach Bob Bradley said. “But that next step … We’re still hurting ourselves too many times.”

Toronto’s duo of Italian stars, Lorenzo Insigne and Federico Bernardeschi, accounted for all three goals, with Insigne scoring a brace.

But the duo, fellow Italian Domenico Criscito and Jonathan Osorio all missed training on Thursday. Insigne is dealing with a personal issue and Criscito is staying with him in support.

Bradley said Thursday he was hopeful that not all four players would miss Saturday’s game.