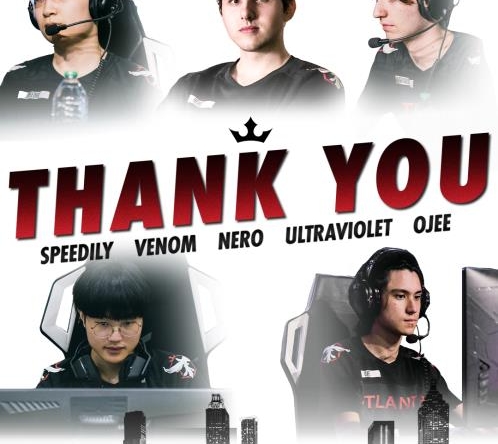 Venom and nero had previously announced on social media that they were seeking new teams.

You all played your hearts out this season and showed incredible work ethic through thick and thin. We wish you success in whatever is next in your careers.#LetItReign pic.twitter.com/1pJLIUNiAg

The only remaining players are tank Xander “Hawk” Domecq, DPS Kai “Kai” Collins and Kim “vigilante” Jun. vigilante has only been with the team since August, while Hawk joined the team in 2019 and Kai in 2021.

Atlanta finished fifth in the West last season with a 13-11 record and plus-9 map differential. The Reign went on to get swept 3-0 by Florida in the first round of the winners bracket and then were eliminated from the playoffs with another 3-1 loss to the Mayhem in the losers round.