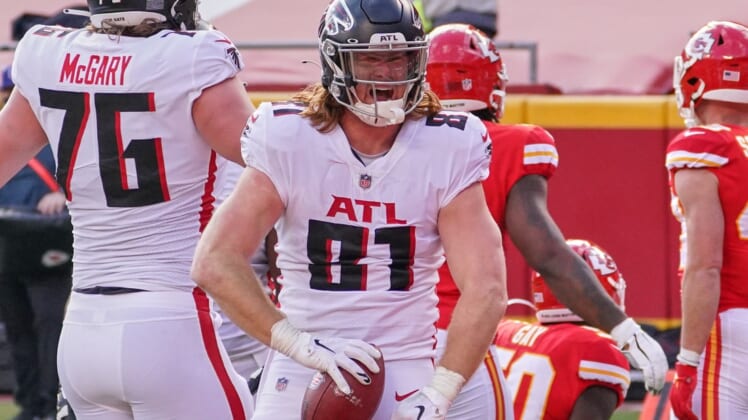 Hurst, the No. 25 overall pick of the 2018 NFL Draft by the Baltimore Ravens, will become a free agent after the season. The Falcons acquired Hurst and a fourth-round pick in a trade last March, sending 2020 second- and fifth-round draft picks to the Ravens.

The Falcons selected Florida tight end Kyle Pitts with the No. 4 overall pick in the 2021 draft last week.

Hurst would have earned nearly $5.5 million in 2022 had his option been picked up, per Over the Cap.