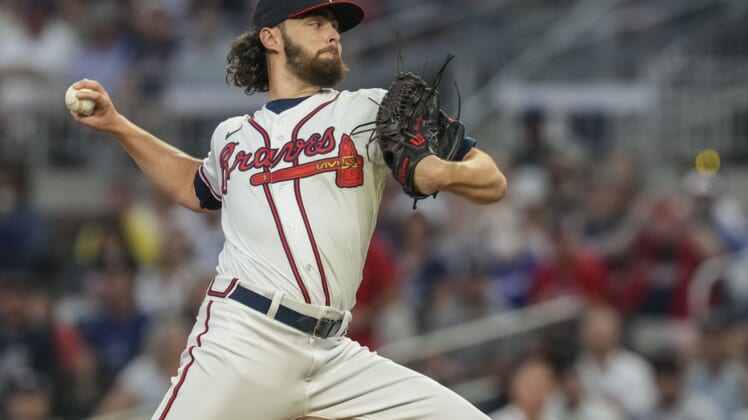 Anderson (9-5) settled down after escaping from a second-inning jam and allowed two runs on three hits and three walks with two strikeouts to win his fourth straight decision. He has not lost since returning from the injured list on Aug. 29 after recovering from shoulder soreness.

In sweeping the three-game series, Atlanta’s three starters combined to allow only four runs, three earned, in 20 innings. The Phillies never had a lead in the series.

Atlanta closer Will Smith pitched a perfect ninth inning, striking out two, to earn his 37th save. He fanned Ronald Torreyes to end the game.

The Braves used the long ball to jump out to the early lead. Soler connected on the first leadoff home run of his career to start the game, his 26th homer of the year.

The Braves tacked on two runs in the fifth to take a 5-0 lead. Freddie Freeman reached on a one-out error and scored on Ozzie Albies’ triple, the hit that chased Gibson. Albies scored when Riley greeted reliever Connor Brogdon with a broken-bat RBI single.

The Phillies cut the deficit to 5-2 in the seventh when Andrew McCutchen hit a two-run shot, his 26th homer of the year.

Philadelphia added another run in the eighth when J.T. Realmuto hit a solo shot to left, his 17th homer, off reliever Luke Jackson.