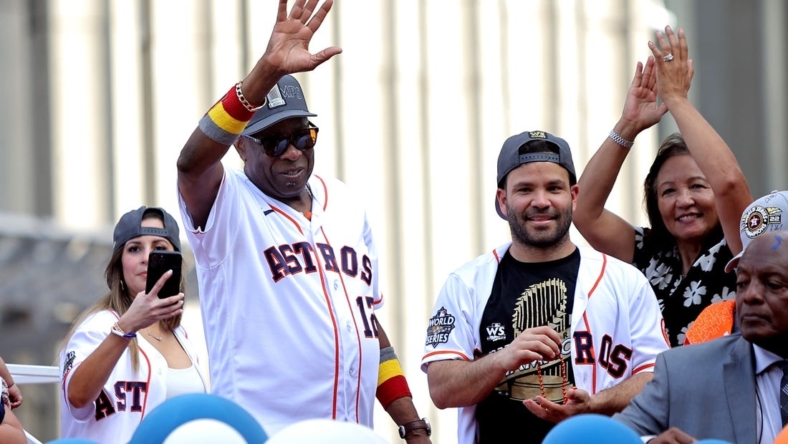 The Houston Astros signed manager Dusty Baker to a one-year contract for the 2023 season, the team announced Wednesday.

Financial terms were not disclosed by the Astros, who scheduled a press conference for 1 p.m. ET.

“I always said if I win one, I want two. I like to keep my word. This is as much fun as I’ve had ever,” Baker said on Tuesday.

The Astros knocked off the Philadelphia Phillies in the World Series, earning Baker his first ring as a manager in 25 seasons, spanning more than 2,000 games and two previous appearances in the Fall Classic.

Astros owner Jim Crane said Saturday after the Series-clinching win in Game 6 that the team would offer contracts to Baker and general manager James Click. Click’s contract expired after the 2022 season.

Baker, 73, became the oldest manager to win a World Series and has taken the Astros to two World Series and three ALCS appearances since being hired after a full housecleaning due to the team’s sign-stealing scandal.