Dallas Cowboys running back situation turning into a debacle

Rachel Wold
Dallas doesn’t have anyone who can stay healthy, and it remains to be seen if Joseph Randle is the real deal.

It has gotten that bad for Dallas with their current leading running backs all sidelined with injuries.

Running back Joseph Randle is the latest of the Cowboys backs to hit the dust. Currently, he is sitting out with a strained oblique. Lance Dunbar is dealing with an ankle sprain and Ryan Williams was cut after suffering a knee injury.

Then, there is the always-injured Darren McFadden who has been dealing with a lingering hamstring issue since minicamp. 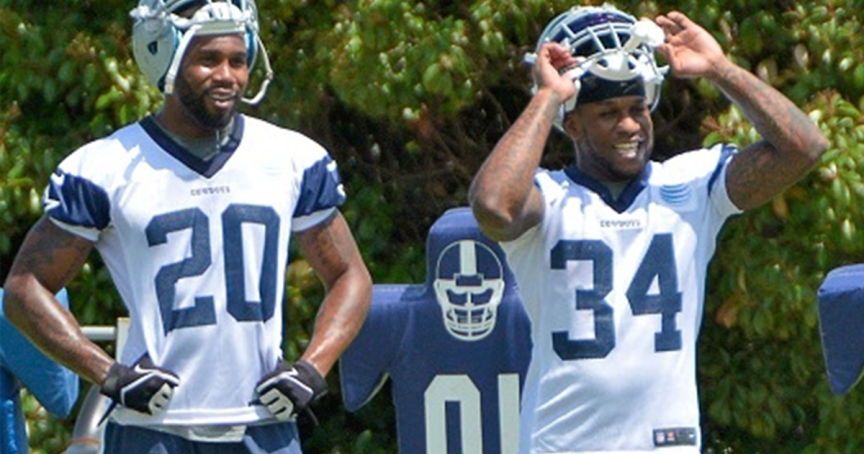 It is reported that a source close to McFadden (h/t Pro Football Talk) that his injury is more serious than what the Cowboys are letting on. Of course they would want to save face at this point and not make it look like it was a terrible mistake signing the dinged up veteran to the team.

Beyond McFadden, Randle and Dunbar sit only Lache Seastrunk, a sixth-round pick from 2014 and fullback Tyler Clutts on the Cowboys depth chart.

This is what has come of the Dallas Cowboys running back committee that owner Jerry Jones and head coach Jason Garrett hyped up over the past few months. Jones went as far as claiming that the run game in Dallas has improved since Murray’s departure. Really, now, is anyone buying that?

It is worth noting that the Cowboys casually let Murray walk after refusing to come close to paying him the money he was seeking. The Philadelphia Eagles are certainly having the last laugh on this situation.

Furthermore, the Cowboys could have possibly landed running back Adrian Peterson who made it clearly known during the offseason that he would have liked to be traded to Dallas. Then, there was running back Chris Johnson who publicly reached out to the team saying “Dallas, come holler at me.”

While we’re digging, there was and still is free agent running back Ray Rice, who if the team were to put his baggage aside, would be an asset to the Cowboys.

In the end, the Cowboys chose to not entertain the idea of Peterson and Johnson. And, we really do not know where they stand with Rice, who still leaves a bad taste in most people’s mouths to this day.

Ultimately, after Murray’s departure, the Cowboys chose to not add any players other than a hobbled McFaddden to their young, raw running back crew.

With the regular season kicking off in just one month, the more time the injured running backs sit on the sidelines missing practice the outlook for the Cowboys 2015 run game gets bleaker day by day.