This is a really cool story. Army Captain Mike Viti, who served in Afghanistan from 2010 to 2011, visited the San Francisco 49ers on Friday as part of  his “Mike’s Hiking for Heroes” campaign.

It was once of the first stops in what is going to be a cross-country trek that will end up taking him from the west coast to Maryland for the Army-Navy game on December 13th. Viti’s campaign is meant to create awareness of the over 6,800 American soldiers who have died during the War on Terror. By the end of the trip, he will have traveled 4,411 miles on foot. 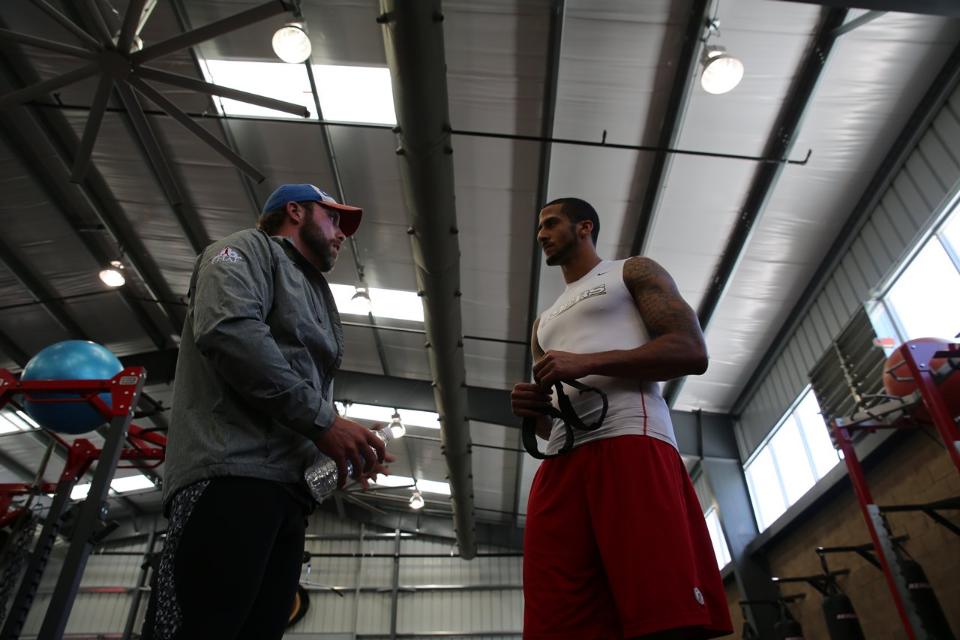 Viti met with Colin Kaepernick and Jim Harbaugh, among others. 49ers defensive backs coach Ed Donatell is especially engaged in this non-profit campaign. His daughter is married to Viti’s West Point classmate.

Viti had this to say about how the visit came to be.

Coach Harbaugh heard about the cause…The way he runs his organization and the culture and the vision he has for his team, I think there’s a lot parralels there that can be drawn and a lot of lessons and synonomous characteristics that translate pretty easy. You don’t have to be a military guy or have even a military background to understand solid, core values and apply them to team and what it means to be a teammate.

For his part, San Francisco’s head coach had this to say.

We do make parralels from time to time, but it’s out of respect and honor for what our military does. To hear the insights of team when it’s life and death and the goal is to protect our country from someone who has been there, that’s gold for our players.

Our utmost admiration and respect goes out to Viti for what promises to be the trek of a lifetime. He’s a true hero in our eyes.