Arizona State defeats VCU to move on in Legends Classic 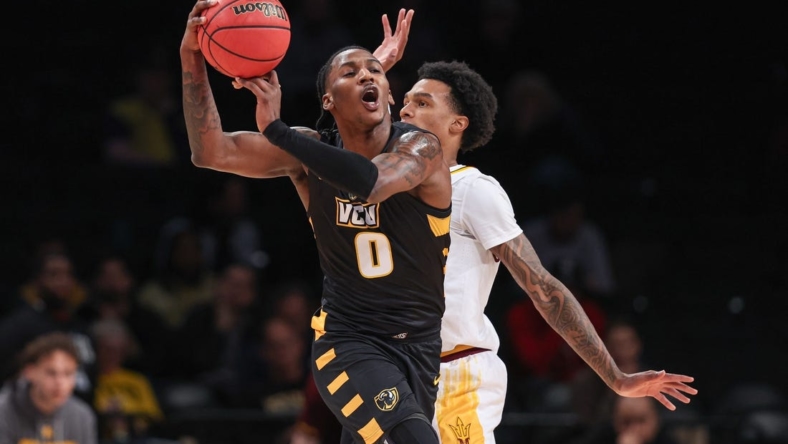 Arizona State held VCU without a field goal in the last 8:58, with the Rams missing their last nine shots, as the Sun Devils prevailed 63-59 on Wednesday night in the Legends Classic at Brooklyn, Mich.

The Sun Devils (3-1) will play No. 20 Michigan in the championship Thursday. The Wolverines defeated Pittsburgh 91-60 in the other game Wednesday.

Arizona State, which trailed by 11 points in the second half, took a 59-57 lead after Duke Brennan made a put-back on his own missed free-throw attempt with 2:51 left.

After VCU’s Jamir Watkins fouled out with 2:37 left, the Rams tied the game at 59 on Brandon Johns Jr.’s two free throws with 1:50 left.

VCU’s David Shriver and Zeb Jackson missed jumpers on the next possession.

After DJ Horne made two free throws with 21 seconds left to increase the lead to 63-59, Jackson missed a 3-pointer with 10 seconds left and Arizona State ran out the clock after getting the rebound.

Horne added 12 points and Cambridge and Austin Nunez each had 10.

Arizona State played its second consecutive game without starting forward Marcus Bagley, who is out with head and hip injuries suffered in the Sun Devils’ game with Northern Arizona last week.

Nunn and Watkins combined for 21 points in the first half on 9-of-14 shooting from the field, including 3 of 5 from 3-point range.

Arizona State went on a field-goal drought of 6:10 early in the second half, missing seven straight shots, enabling VCU to take a 49-39 lead with 9:49 left.

Collins scored on three straight possessions, capped by a 3-point play with 8:13 left to cut the lead to 52-46.

Despite starting forward Warren Washington fouling out with 7:29 left, Arizona State scored eight unanswered points to tie the game at 56 with 5:08 left.

That run ended with 3-pointers by Horne and Nunez.