Are the Washington Redskins Trolling the Philadelphia Eagles with a Confusing Tweet?

If you are familiar with memes, Kermit the Frog minding his own business and sipping a drink indicates, “I’m just saying.” It typically means you tried to warn someone in advance or want to say something totally rude but manage to hold your tongue, just like in ol’ Kermit’s example here. 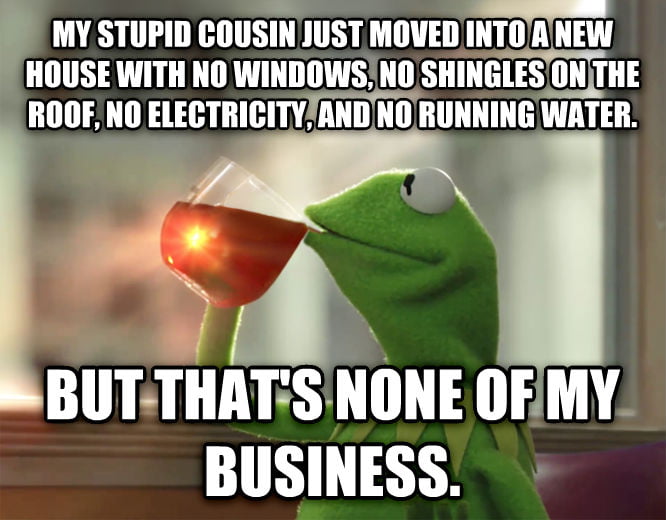 Are the Redskins throwing shade at the Philadelphia Eagles, perhaps? Their NFC East rivals signed quarterback Tim Tebow, which has caused more chaos than that of a magnitude 7.8 earthquake.

That Washington’s tweet came three minutes after Philly’s post and only as a picture with no comments leaves it up to speculation if they were actually trying to send a message. Or, they just thought posting a picture of a cute little green puppet frog was a Monday thing to do.

This tweet of Fozzie Bear was later posted by someone who seemed to be of the opinion the Redskins need a reminder of their place in the league.

While Kermit and Fozzie battle it out, we can probably come to the conclusion that Washington was sending a zing to the Eagles. But considering who the Redskins have driving the quarterback bus and who is riding in the back seat, should they really be trolling anyone?

Where’s my tea at?