Anthony Smith defeats Ryan Spann in 1st round at UFC 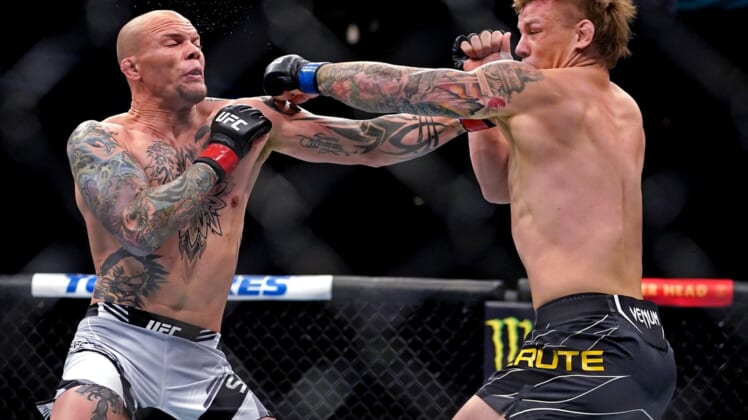 Smith used a rear-naked choke to end the fight at 3:47. It was Smith’s fifth first-round finish since 2018, according to ESPN.

Smith now turns his attention to Aleksandar Rakic, who defeated Smith by unanimous decision in August 2020.

“He’s just sitting around,” Smith said. “He’s not next in line for the title. Either I want that fight or I skip it.”