Anquan Boldin Continues to Give Back to the Community

San Francisco 49ers wide receiver Anquan Boldin has long been considered one of the most physical offensive players in the NFL. But what goes unnoticed about the Super Bowl winner and former Pro Bowler is all the amazing stuff that he does for communities around the world off the field.

Boldin and his wife, Dionne, announced a $1 million endowment to the Anquan Boldin Foundation on Thursday, which focuses on providing financial help for underprivileged students.

The primary focus of this foundation since its inception in 2004 has been to expand “the educational and life opportunities of underprivileged children.”

Boldin is well-known around the football world as a huge supporter of off-field programs. He lobbied Congress this past summer to push for more transparency in mining laws in Africa.

Back in 2012, Boldin joined former Arizona Cardinals teammate Larry Fitzgerald on a mission to Africa. Their decision to go to Africa was based on Ethiopia’s economic and humanitarian crisis.

At the time of the mission, Boldin had this to say about the issues that are going on in the largely forgotten continent, Ethiopia in particular (via ESPN.com).

I wasn’t put on this earth just to play football.

I know what it’s like to do without,” Boldin says after working and talking to villagers, “but nothing like this.

Instead of just throwing money into the problem, though he did donate a large amount of cash, Boldin literally used his hands to help local villages in Ethiopia. 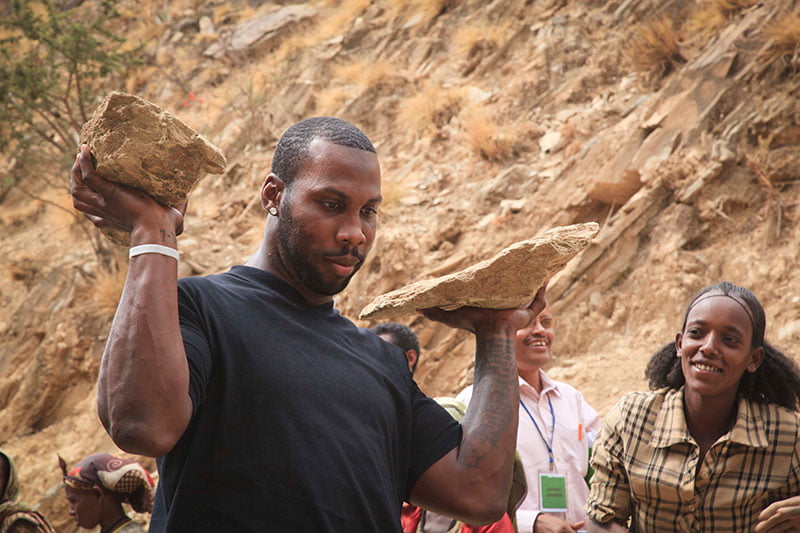 In fact, the star 49ers receiver was in Africa when he found out about his trade from the Ravens to the 49ers in 2013.

At a time when all the focus around the football world has been on the latest domestic violence or DUI incident, these are the stories that go largely untold. They represent the good news that don’t normally act as good click bait. And in reality, these stories are more widespread than most in the media would like you to know.

We applaud Boldin and so many more around the sports world that that take their time and donate their money to make a difference in the world.