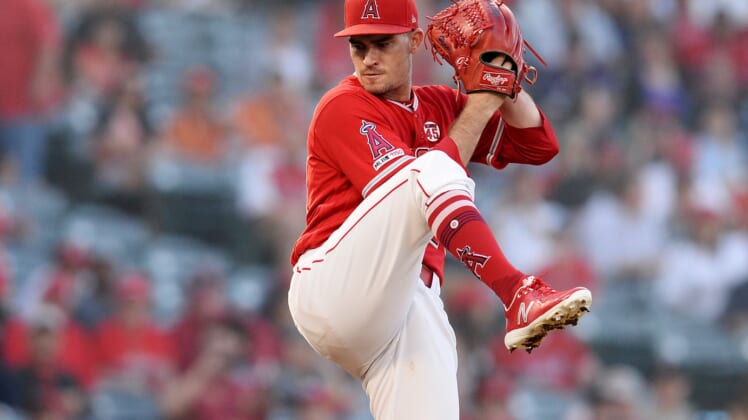 Just as Los Angeles Angels starting pitcher Andrew Heaney started to make steps forward on the mound, he’s now headed back to the injured list with another injury to his pitching arm.

Los Angeles placed Heaney on the 10-day injured list Saturday after diagnosing him with inflammation in his left shoulder. In a corresponding move, the team claimed left-handed pitcher Adalberto Mejia from the Minnesota Twins.

Heaney was coming off two consecutive starts with just two runs allowed, unfortunately, his left arm continues to cause him problems.

He previously underwent Tommy John surgery in 2016 then missed the start of the past two seasons with inflammation in his elbow. Now the southpaw’s injury woes have made it to his shoulder, which might raise even more long-term concerns for Los Angeles.

If the Angels decide to be buyers at the trade deadline, they will now have multiple spots in the rotation that need to be filled very quickly.