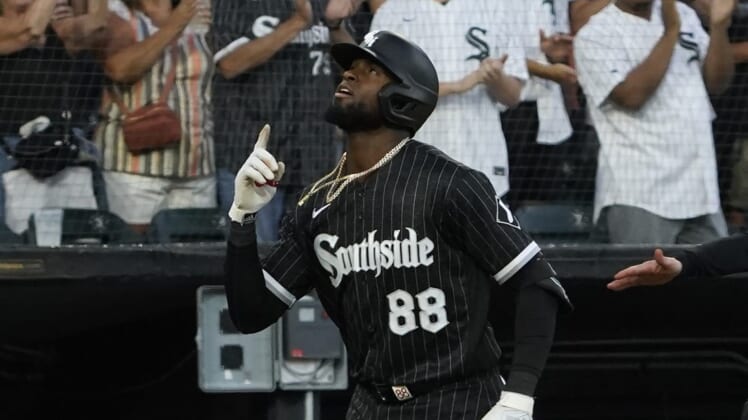 Andrew Vaughn had four hits, including a solo home run and an RBI double, and the Chicago White Sox defeated the visiting Toronto Blue Jays 8-7 on Monday night.

Josh Harrison and Luis Robert added two-run home runs for the White Sox in the opener of a three-game series.

Chicago star Tim Anderson, playing for the first time since May 29 because of a groin injury, led off the first with a single and scored on Vaughn’s double.

Teoscar Hernandez reached first base on third baseman Jake Burger’s error to lead off the second and Tapia hit his third home run of the season.

Burger singled to lead off the bottom of the second and Harrison hit his first homer of the season with two out to give the White Sox a 3-2 lead.

Vaughn led off the bottom of the third with a single and Robert hit his seventh homer of the season.

Anderson singled with one out in the fourth, but was picked off before Vaughn hit his seventh home run of the season to boost Chicago’s lead to 6-2.

Bo Bichette led off the sixth with a single and Vladimir Guerrero Jr. walked. Hernandez hit a two-run double and took third on an error by the catcher, McGuire. Reynaldo Lopez replaced Lynn. Hernandez scored on Santiago Esplnal’s groundout to shortstop.

Lopez pitched around a double in the seventh.

Joe Kelly earned his first save this season despite allowing Gabriel Moreno’s single and Biggio’s first homer of the season in the ninth.