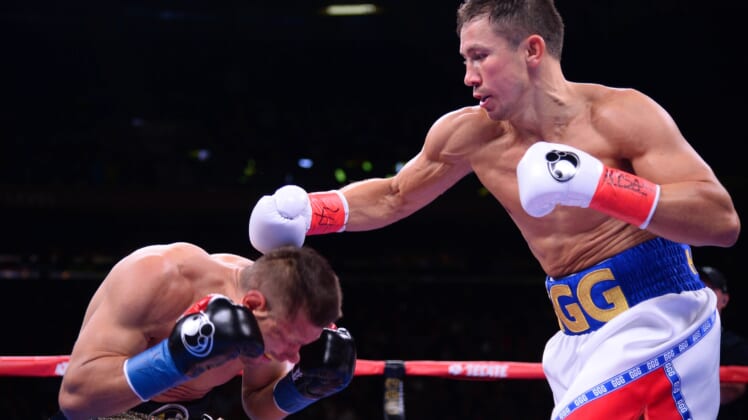 It is an exciting time to be a boxing fan, as 2021 will see two unification fights and a fight to crown an undisputed heavyweight champion.

However, the biggest fight this year is set to take place in either June or July this year as Anthony Joshua will face off against Tyson Fury to crown an undisputed heavyweight champion for the first time in 22 years. This showdown is so huge that it has been dubbed by many as “The Biggest Fight in British Boxing History.”

Although boxing fans will always want to see the best fight against the best, the politics of the sport does not always allow this to happen. For that reason, most dream fights turn out to be nothing more than something for fans and pundits to debate about who would win if the fight were to happen.

Be that as it may, it is in the nature as a boxing fan to want to see certain fights to happen. This year is no different as there are a good number of fights that would be big for the sport.

Here are some of the most anticipated fights in boxing today.

Although Errol Spence Jr. and Terence Crawford have both said the chances of this fight happening is unlikely, it does not change the fact that this has been a fight boxing fans have clamored to see for quite some time now.

Both Spence and Crawford’s names have been linked with each other for years as they are widely regarded as the two best welterweights in boxing today. As long as both men are active and continue to remain at the top of the welterweight division, fans will always want to see them fight and will debate who would win between the two.

Since Canelo Alvarez is no longer in the middleweight division, there is no clear king of the division. While the obvious answer would be Gennadiy Golovkin, most will argue that his best years are behind him despite currently being unified IBF and IBO Middleweight champion.

What better way to prove who’s the best in the division by having him face either unbeaten WBC champion Jermall Charlo or unbeaten WBO champion Demetrius Andrade.

Both Charlo and Andrade would provide different challenges for GGG. While Charlo is relentless aggressive fighter that presses forward using his power and good chin to smother his opponent, Andrade is unorthodox using his defensive movement and punching combinations to frustrate his opponents.

Last February, Deontay Wilder suffered his first career loss to Tyson Fury while also losing his WBC Heavyweight title he previously held for four and a half years. Prior to that fight, Wilder was viewed as arguably the No. 1 fighter in the heavyweight division, winning in dominant fashion and knocking out his opponents in entertaining fashion.

Wilder has hinted at a return, which is sure to have the eyes of the entire boxing world on when it comes to fruition. It’ll be fascinating to see how the former heavyweight champion will bounce back from his first professional loss.

Manny Pacquiao has not fought since July 2019, when he handed Keith Thurman his first professional loss while also winning the WBA Welterweight title. Even at the age of 42, Pacquiao is still having success at the highest level, with each of his last three wins coming against former world champions. His last two wins were also against fighters 10 years younger than him.

According to reports, Pacquiao is in contract negotiations for a fight against IBF and WBC Welterweight champion Errol Spence Jr. which would be one of many fascinating fights for his return to the ring.

Pending Alvarez’s fight with Billy Joe Saunders, this would be the biggest fight to make in the aftermath for Canelo who is on a quest to become undisputed champion at super middleweight.