With the New Year fast approaching, the NHL trade deadline is on the minds of many general managers. That includes Anaheim Ducks front office head Pat Verbeek with his team struggling big time at 10-22-4 on the season.

March 3 marks the last day teams can make deals with other teams. And while some are looking for pieces to make deep playoff runs, others are looking to trade players for draft picks in hopes of facilitating a rebuild. The Anaheim Ducks are undoubtedly the latter, and will be sellers ahead of the trade deadline.

With promising pieces for a rebuild including Trevor Zegras, Jamie Drysdale and Troy Terry, the Ducks are a bottom-of-the-league team looking to the future. So, as they did with Josh Manson last season, they will likely move some veterans to acquire picks and look to the future, especially as the 2023 NHL draft is dubbed a “Kingmaker,” with an impressive lineup of talented prospects headlined by Connor Bedard.

With that in mind, these are three trades the Anaheim Ducks should make ahead of the NHL trade deadline.

The mega-talented goaltender is, in short, struggling in Anaheim. His stats, which are a pretty dismal 3.99 goals against average and a .896 save percentage, are hardly reflective of his abilities. The entire league knows it. He’s also suffered a ton of injuries in the last few years, likely as a result of overexertion.

The entire NHL has seen John Gibson stand on his head and keep the Anaheim Ducks in games they had no business winning. Many teams would likely offer a pretty hefty trade package to have him between the pipes for a playoff run.

While Gibson has a 10-team no-trade list, he could consider going closer to his native Pennsylvania. In particular, the New Jersey Devils should be the destination. General manager Tom Fitzgerald has often said that he would move a high draft pick in order to add to his team. The Devils, like the Anaheim Ducks, have a ton of young talent to work with, and even more unrestricted free agents coming up in the offseason. They also boast just over $4 million in cap space. So, receiving a prospect and a first-round pick, or even a few picks, for Gibson could be just what the Ducks are looking for. 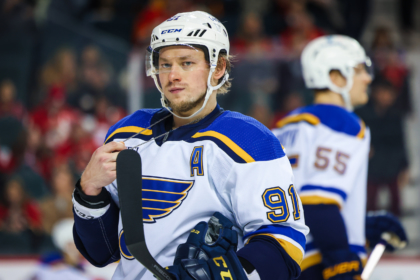 Blue liner Fowler is the longest-tenured Anaheim Ducks player, and was even drafted by the club in the first round in 2010. But as a veteran in the league and a solid force on defense, he’s also been the subject of trade rumors for years. Like Josh Manson before him, the Ducks look to Fowler to mentor the younger players like Jamie Drysdale, and he is certainly a stable presence on and off the ice.

Like Gibson, Fowler has a no-trade clause (four teams). Interestingly, his was signed in 2018 when the Ducks were among the top squads in the Western Conference. So, as he enters the last phases of his career, he could very well go chasing a Stanley Cup. On TSN 1050 radio, Dave Poulin noted that Fowler would likely get the most interest of all the Anaheim Ducks, as he could easily be on the top pairing of most NHL teams. Enter into the equation the Edmonton Oilers.

The Oilers, with Connor McDavid at the forefront, will be looking to make a deep playoff run again this year after being swept by the Stanley Cup champion Colorado Avalanche in the Western Conference final last season.

To lower their goals against average, they could call the Ducks about Cam Fowler. They also have some interesting bargaining chips to offer in the form of Jesse Puljuarvi and Philip Broberg. Moving either of those players, as well as a high pick, for Fowler makes sense. It takes some pressure off Darnell Nurse, and forces Anaheim to retain some of Fowler’s salary in a rebuild while still getting pieces to work around.

Kevin Shattenkirk may be on the move

Journeyman Kevin Shattenkirk has seen a few jerseys in his NHL career, and could change out of the Anaheim Ducks sweater for another logo before March. He’s in the last year of his contract, worth a decent $3.9 million, and would likely prove a valuable rent-a-player addition to playoff contending teams.

A team like the Colorado Avalanche, already riddled with injuries and struggling to maintain a complete roster, could add Shattenkirk as a second or third pairing defenseman, thanks to the projected $5.2 million they have in cap space.

With Bowen Byram’s injury history and a growing list of players who have spent time out, Shattenkirk could be used as an insurance piece as they look to repeat victories. In turn, the Avs have a flurry of young prospects–many of whom have seen NHL ice time this year–to offer, as well as some picks, which would definitely be enough for a rent-a-player deal.