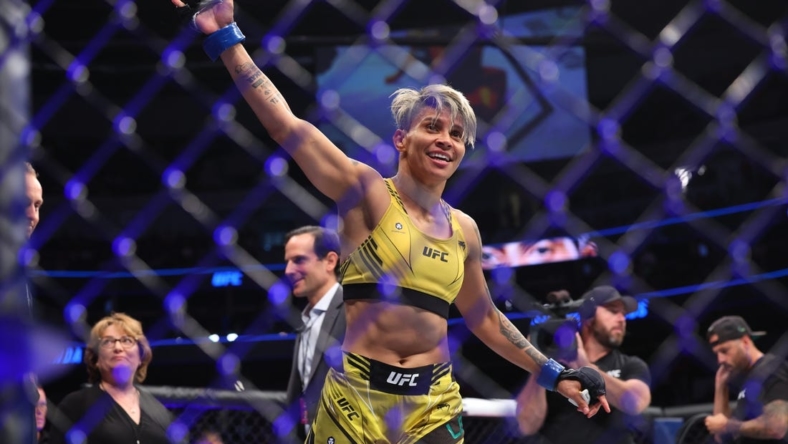 Amanda Lemos stunned Marina Rodriguez in the third round of their strawweight fight Saturday night, winning by technical knockout in the main event at UFC Fight Night in Las Vegas.

Lemos connected with an overhand right to the forehead of Rodriguez, stunning her, and then unleashed a flurry of punches before the referee stopped the fight 54 seconds into the round.

Lemos has now won two consecutive bouts to improve to 13-2-1. Rodriguez’s four-bout winning streak came to an end as she fell to 16-2-2.