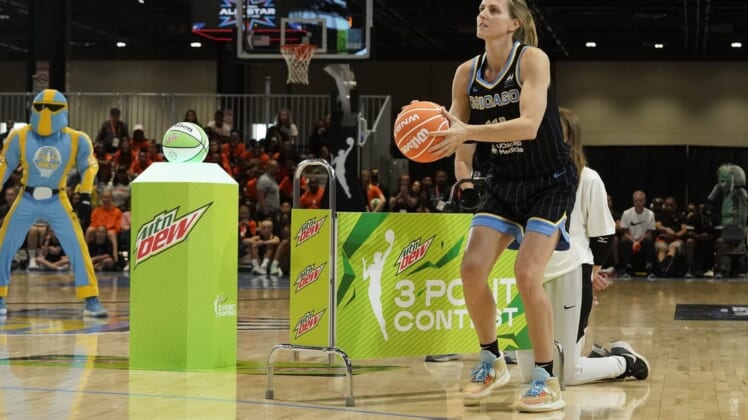 Chicago Sky star Allie Quigley won the WNBA 3-point shooting contest for the fourth time on Saturday in front of her hometown fans in Chicago.

She’s the first to win the event four times in either the WNBA or NBA. She is a back-to-back winner and also won the event in 2017 and 2018.

Quigley, who hails from nearby Joliet, Ill., says this will be her final 3-point contest.

Quigley is averaging 10.8 points per game for the WNBA defending champion Sky.

The WNBA All-Star Game is Sunday.