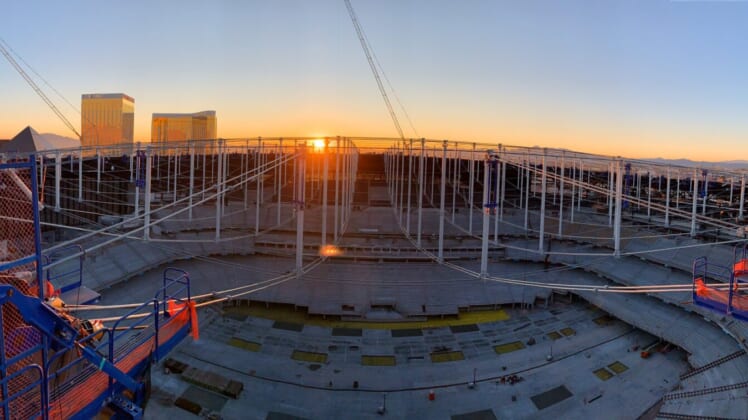 According to reports from those building the Las Vegas Raiders’ new $1.8 billion facility, the cable work required to raise the stadium’s roof was completed on Friday after several delays.

In what is certain to be a new wrinkle for conspiracy theorists and naysayers who took delight in last month’s announcement of a delay in Allegiant Stadium’s roof completion, the team raising the intricate and massive cable system required to install the roof said the “big lift” is complete.

Tweeting yesterday at 4:27pm, Mortenson/McCarthy announced they had completed the work. This means the team can now install the seven-acre ETFE roof sometime in March, according to those we talked to on the project.

The roof has been the subject of much angst for the Raiders and the construction crew. The cable system ran into a snag late last year, and several times since last summer, when pulling the cables to tighten them to large nodes around the ring of the roof caused bolts to fail. After several of these incidents, the team and project announced the roof would not be completed until May, but still had not delayed the July 31, 2020 date of substantial completion for the stadium.

Despite issues with the roof over the past six months, crews working on the project have kept it on time and on budget working on large interior projects and other key pieces of the stadium until the cable system could be complete.