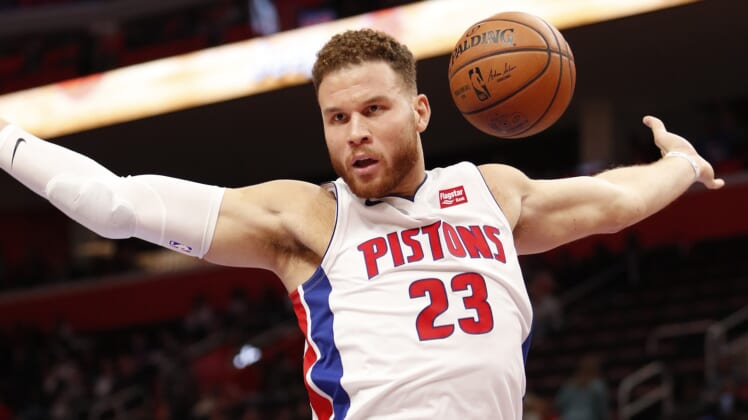 The Detroit Pistons were already facing an uphill climb heading into their first-round series against the top-seeded Milwaukee Bucks.

That was taken to a whole new level when reports came up indicating that All-Star forward Blake Griffin would miss the series with a knee injury.

Despite this, Detroit continues to list Griffin as questionable for every game in the series. That was the case immediately ahead of Game 2 in Milwaukee Wednesday night.

Detroit has now ruled Griffin out for the game.

After dropping the opener by 35 points, this can’t be seen as good news for Detroit. The team was going to struggle remaining competitive with Griffin on the court. Now that he’s sidelined, this looks like a sweep.

Griffin, 30, is coming off a career-best performance that saw him average 24.5 points, 7.5 rebounds and 5.4 assists per game.