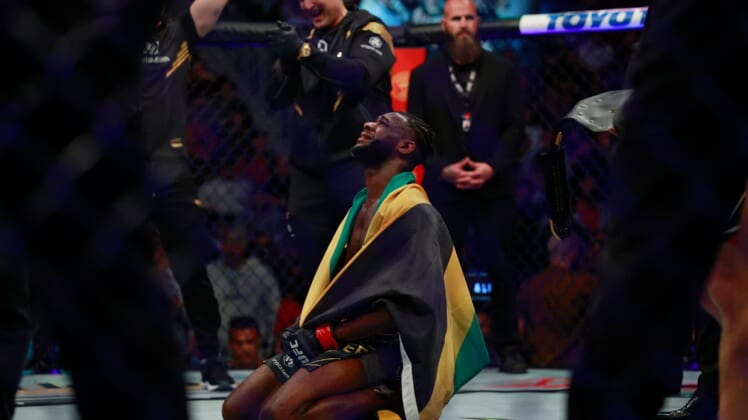 On Wednesday night, MMAJunkie broke the news that a long-rumored Sterling vs Dillashaw clash is being finalized and expected to receive top billing at the promotion’s UFC 279 event on Sept. 10.

A location and venue have not been announced for the card, however, Atlanta and Boston are two cities “in play” to host the organization’s final major event this summer.

The matchup between two of the best 135-pound talents in the world seemed like a strong possibility after Sterling called for the matchup following his successful title defense in April against former division king Petr Yan.

The victory was a seventh straight for “Funkmaster” and second consecutive over pound-for-pound ranked star Yan. Their first bout ended by way of a disqualification after the Russian landed a fight-ending illegal knee.

After being suspended for two years after testing positive for recombinant human erythropoietin (EPO) in 2019, TJ Dillashaw returned to action last year and scored a split-decision victory over top-5 bantamweight Cory Sandhagen. However, the 36-year-old suffered a torn knee ligament in the July 2021 win and has been sidelined ever since. 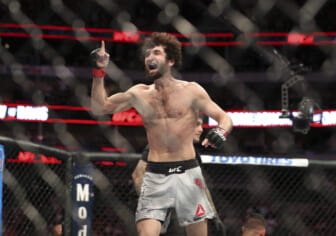 The Ultimate Fighter Season 14 runner-up was viewed as one of the best bantamweights in UFC history until his positive test for performance-enhancing drugs after his flyweight loss to then-champion Henry Cejudo. Dillashaw has a 13-4 record in the organization and has scored wins over elite 135-pounders of the last decade like Raphael Assuncao, Cody Garbrandt, John Lineker, and Sandhagen.