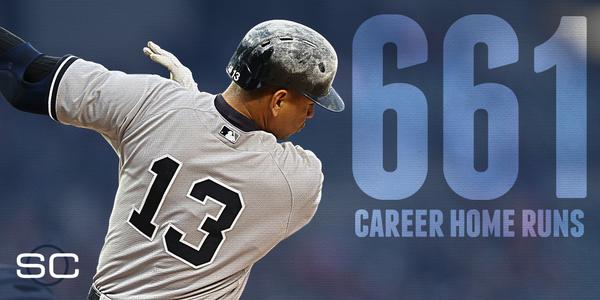 The volatile former MVP smacked a solo home run against Orioles starter Chris Tillman in the bottom of the third. It wasn’t your average homer either. With it, A-Rod passed the great Willie Mays for fourth on the all-time home run list with 661.

As embattled as Rodriguez has been, this is a major landmark in one of the most impressive careers in modern Major League history.

Here is the homer as it went down.

Congratulations to Rodriguez on the monumental blast.