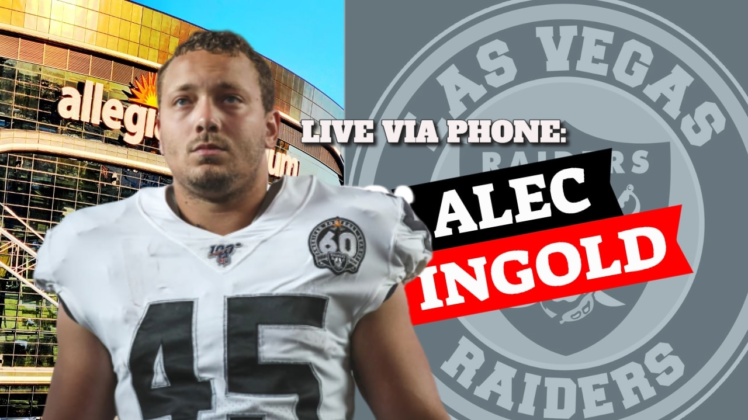 While the rest of the world works on their #socialdistancing, we’re back with Raiders talk live. We’re joined by Las Vegas Raiders fullback Alec Ingold who talks about his rookie year, relationship with Josh Jacobs and more.

Raiders beat writer Vinny Bonsignore helps us break down the Raiders free agent signings this week and talks about who could still be in their plans.

Finally, we update our listeners on Allegiant Stadium and how work forges on despite Nevada shutting down for 30 days.