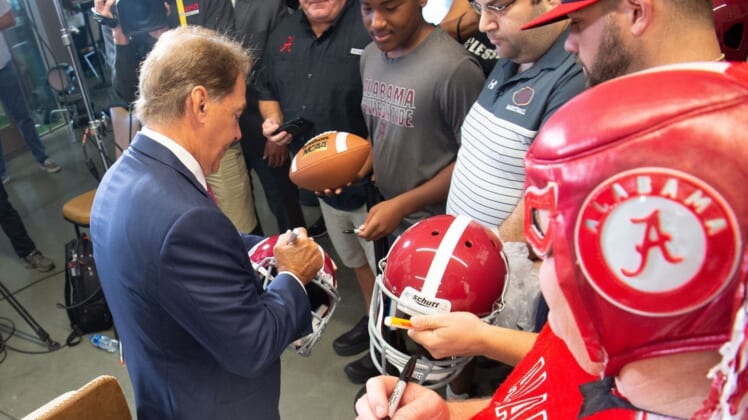 Nick Saban will remain as Alabama’s football coach on an eight-year deal worth $93.6 million after university trustees approved the contract extension Tuesday.

With the contract, the 70-year-old Saban again will become college football’s highest-paid coach. His contract will pay an average yearly salary of $11.7 million, surpassing the $11.25 million annual average value of the 10-year contract Kirby Smart signed with Georgia in July.

Saban now is under contract through February 2030, when he will be 78.

Saban is entering his 16th season as head coach of the Crimson Tide. Since his hiring before the 2007 campaign, Alabama has a 183-25 record with six national championships and three losing appearances in the title game.

The Crimson Tide have appeared in six of the past seven NCAA College Football Playoff championship games, winning three and losing three. They were voted this week as the nation’s preseason No. 1. team.

Trustees also approved a three-year contract extension for athletic director Greg Byrne through 2029. The Athletic reported he will receive a 5 percent raise.