A lot has been made about just how little student-athletes receive as it relates to the revenue that universities bring in from sports programs. We have seen athletes themselves challenge the system. And now, a few big names have come out in support of athletes receiveng a stipend for the work they do on the field.

This latest chart/study by Business of College Sports lends some support to the idea that amateur student-athletes should indeed get paid. It focuses on the University of Alabama and how its athletic program spends the revenue it receives on an annual basis (via Business Insider). 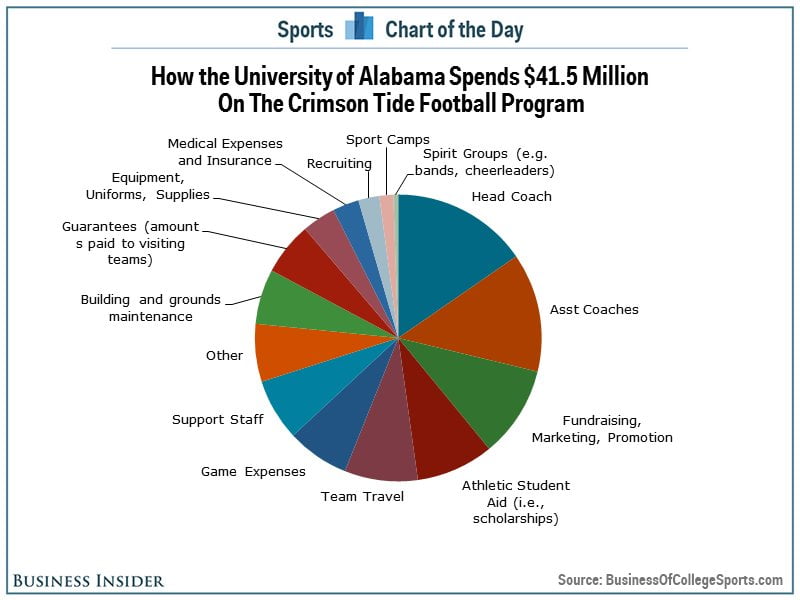 This chart shows that Alabama’s football program spends about as much of the $41.5 million in revenue it receives from the school on team travel as it does on student aid (scholarships). Meanwhile, head coaches and assistant coaches combine to make up the largest chunk.

For what it’s worth, Alabama head football coach Nick Saban makes an average of $6.9 million per season. That’s more than the program spends on student aid.

It’s yet another example of the gross double standard around the world of college athletics today.