Oilers allow Evander Kane to talk with other teams 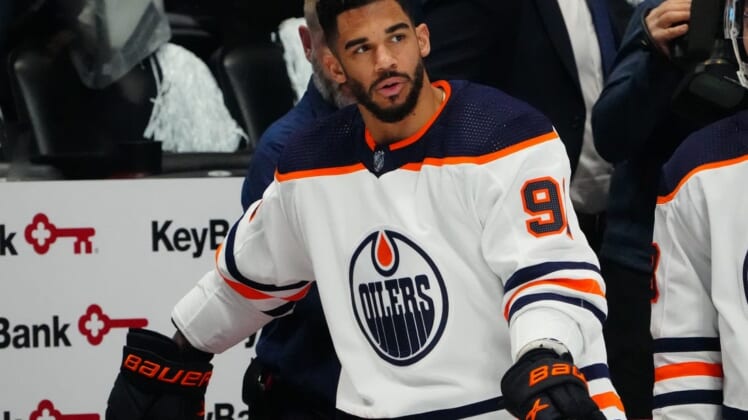 The Edmonton Oilers have granted Evander Kane permission to talk to other teams ahead of the opening to free agency, the forward’s agent said Monday.

Kane is set to become an unrestricted free agent on Wednesday, the first day of free agency.

“While we are still hopeful to have a deal in place with Edmonton, we are starting the interview process with other clubs,” Kane’s agent Daniel Milstein told multiple media outlets, including ESPN.

Kane signed with the Oilers in January after the NHL cleared him of further punishment over his violation of COVID-19 protocols. He was hit with a 21-game suspension in October for submitting a fake vaccination card.

His previous team, the San Jose Sharks, terminated the remainder of his $48 million deal for the violation. He filed a grievance over the move.