Adrian Beltre and Miguel Cabrera in a Slap Fight? 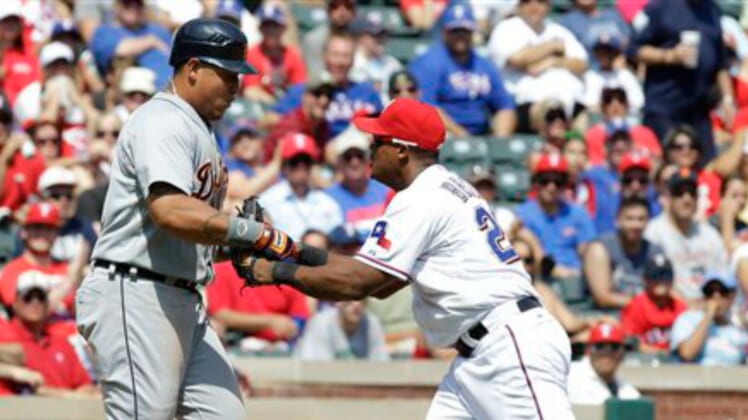 Texas Rangers third baseman Adrian Beltre doesn’t like to have his head rubbed for good luck. This has been proven in the past multiple times. Miguel Cabrera, on the other hand, seems intent on protecting his manhood. We have to wonder whether Miggy knew about Beltre’s past incidents.

Then  again, there is something to be said about protecting your manhood in the middle of a slap fight.

As it relates to Beltre, he’s definitely sensitive about people touching his head. This following report comes from SB Nation a year ago this month.

Here are a couple examples that SB Nation brought up in that piece.

I definitely understand where Beltre is coming from. I get violent when people tickle my toes. But this last one might take it a bit too far.