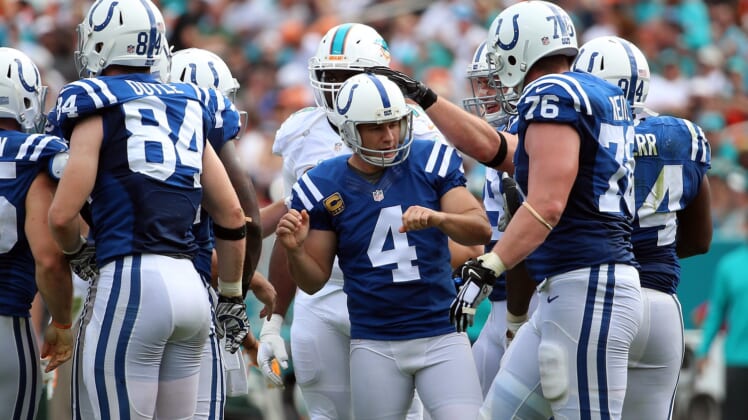 The legend of Adam Vinatieri will continue to grow for at least one more season, as the kicker is reportedly finalizing a one-year deal to play for the Indianapolis Colts.

Vinatieri, 46, is the NFL’s all-time scoring leader. He passed up the great Morten Anderson this past season and has many legendary moments in huge games under his belt, having won four Super Bowls.

The elder statesman of the NFL missed a couple of shocking tries during the Colts’ divisional-round loss to the Kansas City Chiefs, stunning fans. One of the most reliable kickers the league has ever seen, he hit on 23-of-27 throughout the regular season.