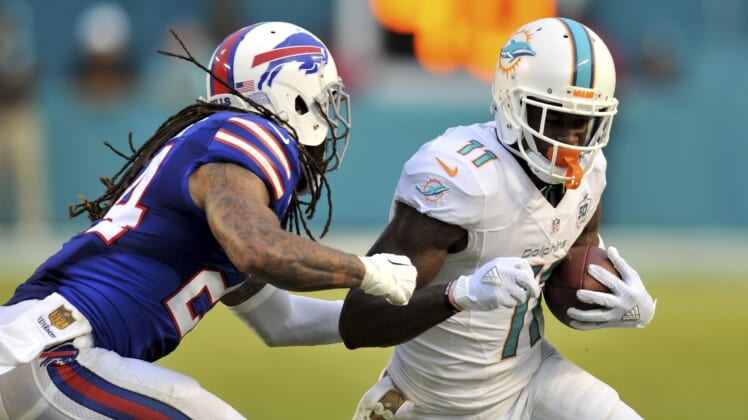 Up to this point in his career, 2015 first-round pick DeVante Parker isn’t living up to expectations with the Miami Dolphins.

Health issues have plagued the Louisville standout since he joined the Dolphins. So much so that head coach Adam Gase is getting fed up with Parker’s nagging health condition.

“We’re going to keep strengthening him up,” Gase said per Adam H. Beasley of The Miami Herald. “I feel like I’ve been through this with Demaryius [Thomas] in Denver. Felt like he was always hurt. One thing after the other.”

So far, Parker has sat out the entire preseason and he won’t play in Thursday’s final game. This is a result of Parker aggravating his hamstring in practice on Monday. Remember, Parker missed training cam and dealt with multiple in-season injuries as a rookie.
Gase is reportedly asking Parker to do the small things off the field to build up his strength and endurance.